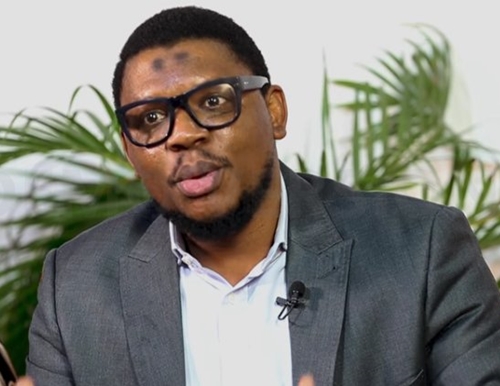 A former presidential aspirant, Adamu Garba has come under severe fire on Twitter, after he said that the proposed war between Iran and the United States may or may not be a good thing for Nigeria.

Garba, who wanted to contest the 2019 presidential election on the platform of the ruling All Progressives Congress(APC) before he stepped down said the war between the countries might cause in a hike in the oil price which Nigeria will definitely benefit from.

He further described himself as a pan Nigerian right wing and would prefer the war.

He wrote: I don’t know if it is a good thing or a bad thing for Nigeria, that the U.S and Iran should go to war. The Third Gulf War might be an important event for Nigeria since the hike in Oil Price could be good for our country’s budget. As a pan Nigerian right wing, I would prefer the war

@Olushola_shola wrote: You see how shallow and idiotic your thinking is?! Wishing to profit from other people’s blood, sorrow and misery all because you refused to be productive…the same reason you northerners want Boko Haram to continue….shame on you!

Sullivan bin Ezike wrote: I agree with you Mr Garba.. also if Boko Haram kills all the Northerners, it will be good for Nigeria’s economy as most of them don’t pay any tax and are unproductive.. our economy will boom

@Seunmaiye wrote: I am 100% glad you decided to step down from the presidential race.

Electing you to call the shots for over 200 million people would have been a serious disaster.

How on God’s earth will you be supporting a war simply because of personal gains?

@bayogold wrote: You’re even not teachable, here you trying to justify poor logic. With this kind thinking I cannot even vote you to manage a suya joint.

Thank God you’re nowhere near power at the moment

@GaladaSani wrote: Haba gentleman, think of the innocent lives that may be lost, and those who are to be wounded before any money that Nigeria can get and steal by politicians and civil servants.