Nollywood actor, Adinma Somadina, who is the ex-boyfriend of actress Regina Daniels, blasted a troll who asked him to go make money before another man takes his woman as Ned Nwoko did in the case of Regina Daniels.

Regina Daniels and Soma were spotted together several times declaring their love for each other before the teenage actress got married to the former lawmaker.

After uploading a picture of himself, a concerned follower advised Adinma Somadina to hustle and make money in order not to lose another girlfriend to a rich man.

The actor responded to this by slamming the troll. He wrote: 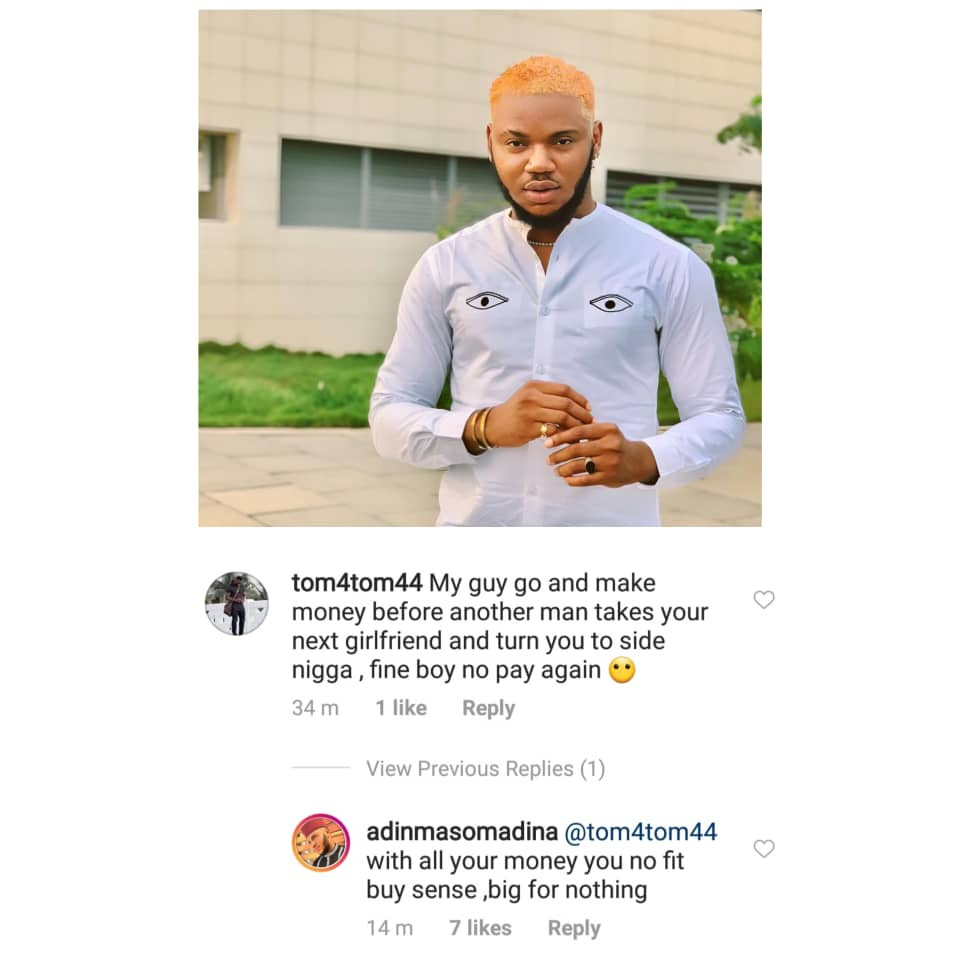