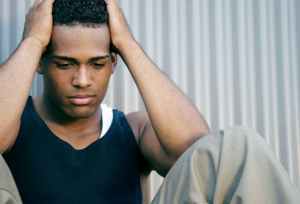 A Twitter user @johncineeilcox has taken to his handle to express gratitude after finding his lost manhood in the hands of two bandits who had earlier shook hands with him before trying to run away from the scene.

According to the user, the incident happened around Ikota area of Lagos state. He added that it took the intervention of Wema bank security operative who witnessed the whole situation before his manhood was restored.

I am on my way to the police station with the help of Wema Bank security who called in men of SARS. A bike man and another cane to me shook my hand and immediately want to run away and I couldn’t feel my two balls again when I raised alarm.

Thank God for Wema Bank securities and thank God to Ikota Police Station. while Police tortures them, they asked to pray and while they speak in a strange language and touching me. My balls came back. What do I do to assure permanent return @NigeriaPolice @segalink @YeleSowore https://t.co/0qhwWGRveD