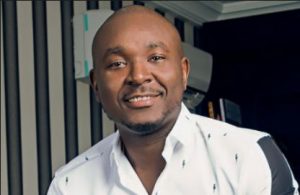 Nairabet owner, Oloye Akin Alabi, may have just given a hint that he would prefer to buy 3SC football club ahead of Manchester United should the opportunity present itself in the nearest future.

It all began after a Twitter user told the business mogul to buy the English giants because he is tired of the current owner.

The business mogul turned politician then replied sarcastically that it is 3SC that he would buy.

What the follower said:

See their tweets exchange below: