Tolu Ogunlesi, an aide to President Muhammadu Buhari on digital communications has reacted to the comment of former aviation minister, Femi Fani-Kayode on the ongoing debate about how a young man treated Nobel Laureate, Wole Soyinka on a plane.

Femi Fani-Kayode had condemned the act of the young lad despite agreeing that the young man had right.

Tolu Ogunlesi while reacting to FFK’s comment, pointed out that the former aviation minister is a pot calling kettle black.

Says the man who in 2006 insulted the same Wole Soyinka anyhow because WS criticized OBJ. The man who insulted Chinua Achebe in 2004 because CA turned down a National Honour. Uncle Femi, please go back to your seat. 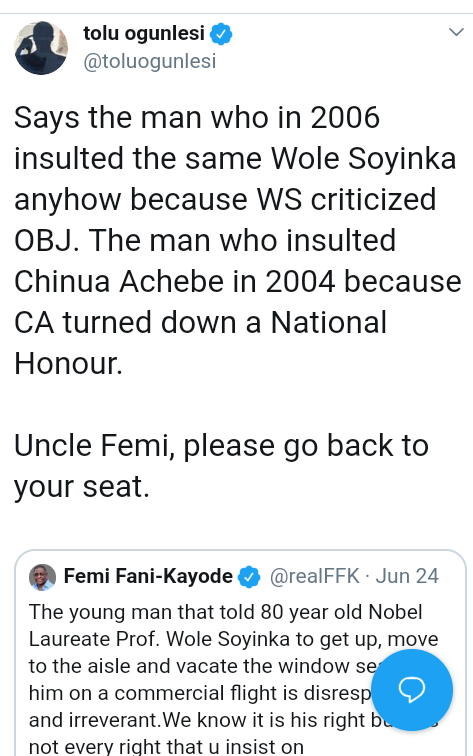