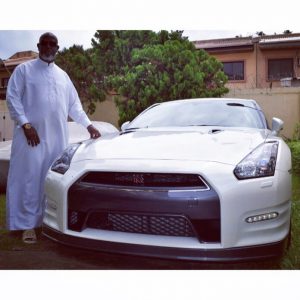 The billionaire who was struck in traffic on the popular Lagos/Ibadan expressway and requested for a helicopter pickup has been identified as Julian Osula.

In this light, we bring to you 8 amazing things you never knew about him.

* The 63-year-old money bag was born in Enugu but hails from Benin.

* He had his primary school education in the UK.

* He is a crowned prince and hails from the Osuji Royal Family.

* He is a graduate of law from the University of Benin.

* He went on to join the Alpha Merchant Bank after leaving (FCMB).

* He became an entrepreneur in 1991, starting his own company called Manila Enterprises

* In 2004, he got a contract to supply warships spare parts to the Nigerian Navy