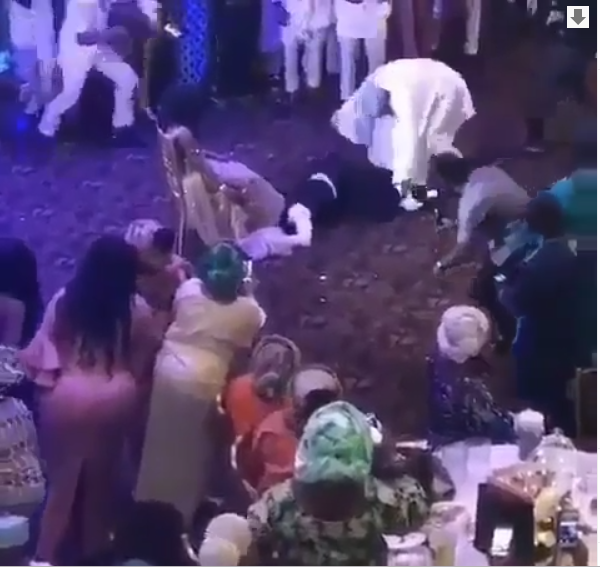 A video has surfaced online showing an African dad pulling his son-in-law off of his daughter as the latter made to take her garter off.

The video which has since gone viral saw the young man already getting set to remove the garter when the African dad in his billowing white Agbada rushed to where the groom was and dragged him away.

He was almost immediately stopped by the grooms‘ friend but of course, it was caught on tape.

The guests and even the groom were a bit shock but were soon composed as the bride could be seen clapping.

Many have since taken to social media to share their thoughts on the video with many agreeing that not all western wedding traditions should be done here.