In the spirit of celebration, former minister of aviation, Femi Fani-Kayode has dragged South Africa’s Minister of transportation, Mbalula Fikile on Twitter.

The South African minister congratulated Nigeria for defeating South Africa to progress to the Semi-final of the ongoing tournament. However, he attributed super eagles’ victory to mere luck.

Reacting to this, Femi-Fani Kayode pointed out that the victory had nothing to do with luck but being better.

“Nothing to do with luck brother. We were bigger and better! We screwed ur #BafanaBafana boys last night! Must have been painful for u to watch! Always have it in mind that Nigerians have long memories! The more of our people u kill in SA the more we shall humiliate and defeat you!” 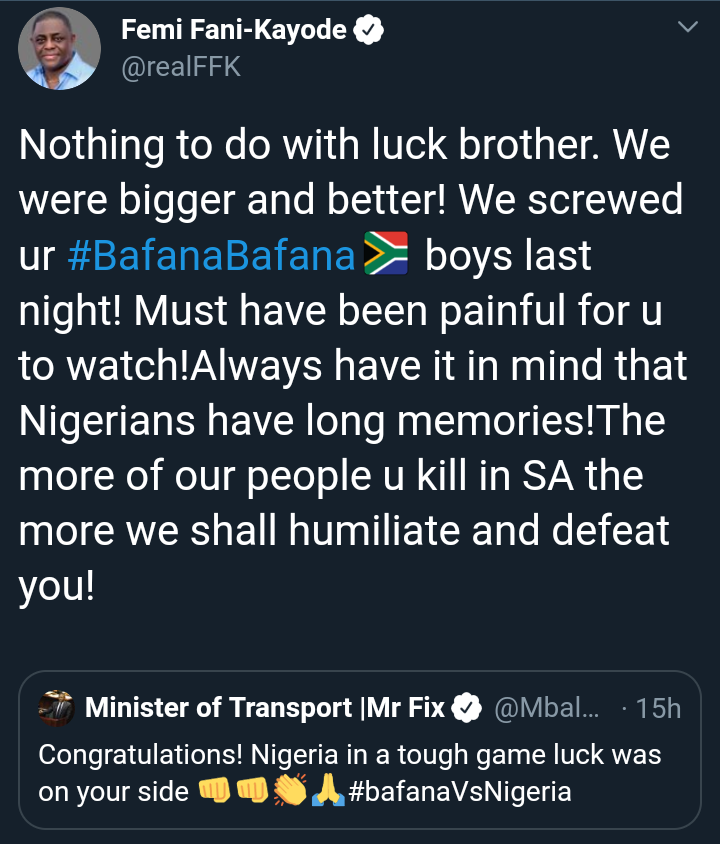