Former Aviation Minister, Femi Fani-Kayode, has taken a swipe at Miyetti Allah for calling for the arrest of former President, Olusegun Obasanjo over the open letter he wrote to President Buhari.

Reacting via his Twitter handle, FFK said Miyetti Allah’s statement was reckless, irresponsible and dangerous for the nation, as there was nothing wrong with Obasanjo drawing attention to insecurity in the land which could lead the nation into division.

Also Read: Whether Critics Like It Or Not, New Emirates Have Come To Stay – Ganduje

Femi Fani Kayode pointed out that arresting Obasanjo would push the country towards war. He also warned Miyetti Allah against the impending war they are calling for with the arrest of the former president. 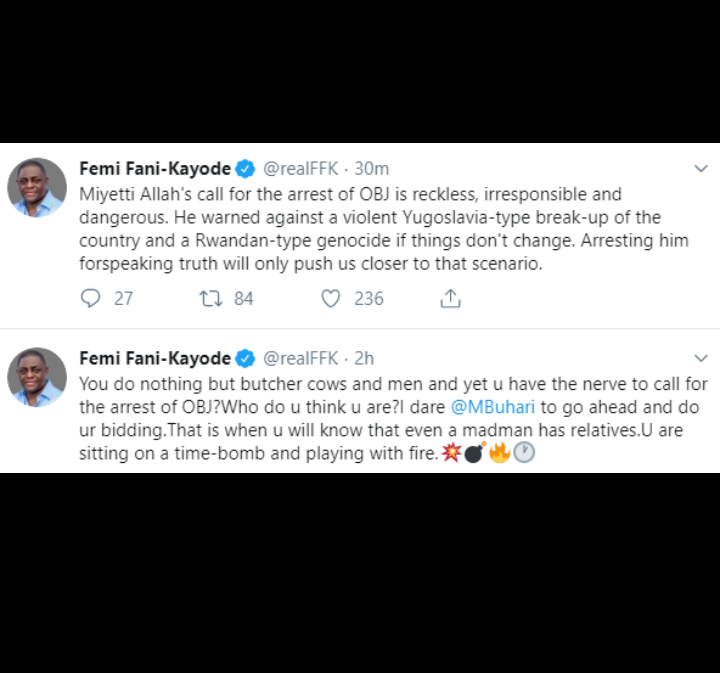