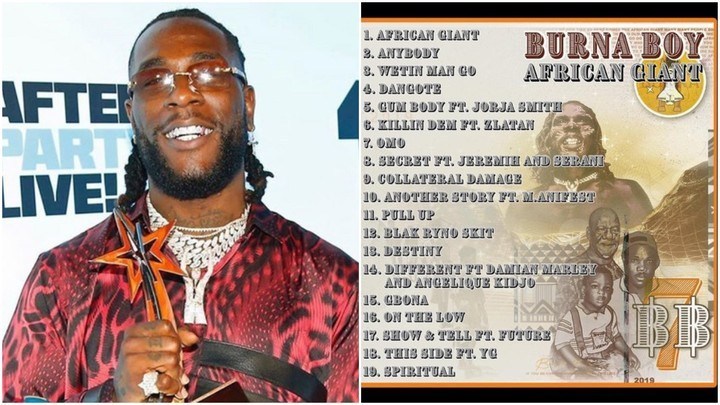 It is indeed a good season for singer Burna Boy as his new album, African Giant, is standing tall amongst the rest.

According to reports, the new album has snagged the number one spot on Apple Music in more than ten countries in the world.

The album, which was released Friday, 26th July, 2019, is doing really good as numbers of views and downloads keep increasing.

ALSO READ: Wizkid Reacts To Naira Marley’s ‘Yahoo-Yahoo’ Song, Says ‘You Are Going To Change Nothing’