A Twitter user, simply identified as Ada Beke is currently trending on Twitter, following a tweet where she announced that she had just bagged a degree with British Association of Dermatologists. 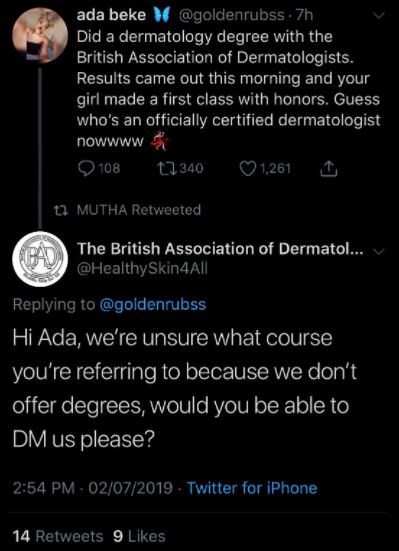 Beke had claimed that she got a Dermatology degree from the institution and her result was out.

She added that she made a first class with honors.

Meanwhile, the institution, with Twitter handle @HealthySkin4All,  replied to her tweet, saying they do not know what she was talking about, adding that they do not offer degrees.

“Hi Ada, we’re unsure what course you are referring to because we don’t offer degrees. Would you be able to DM us?”

Twitter users have since taken to the comment section to troll her for attempting to deceive her friends and followers. 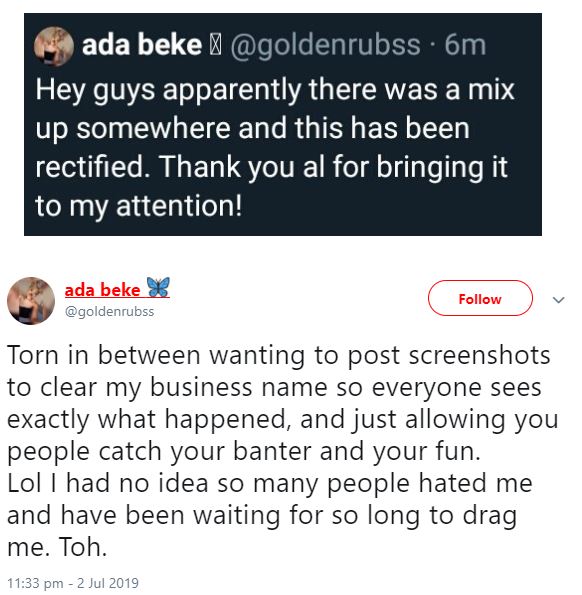 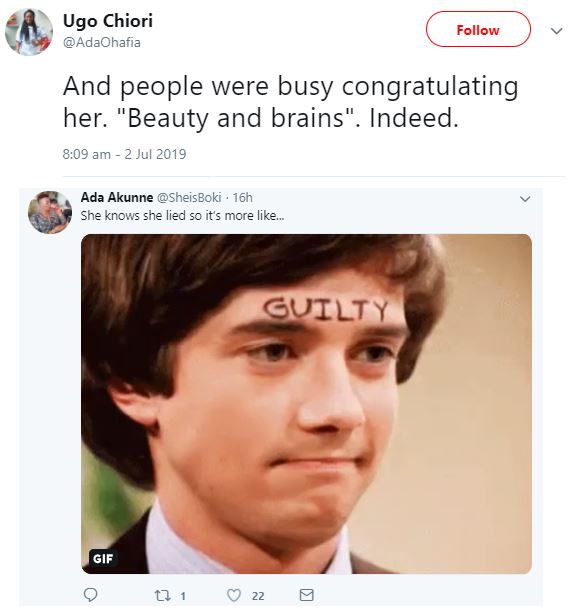 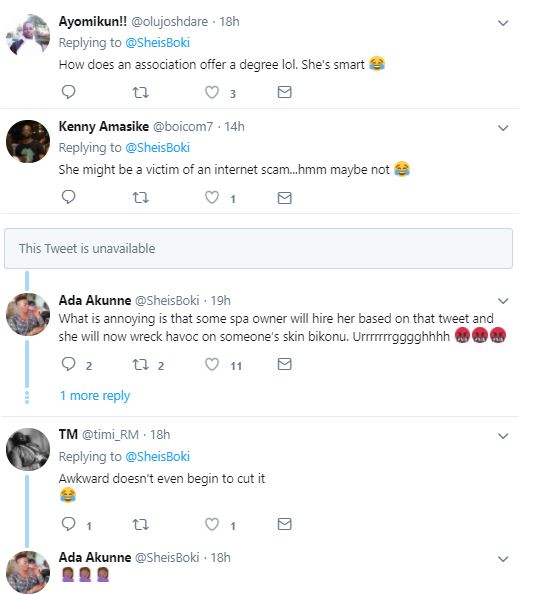 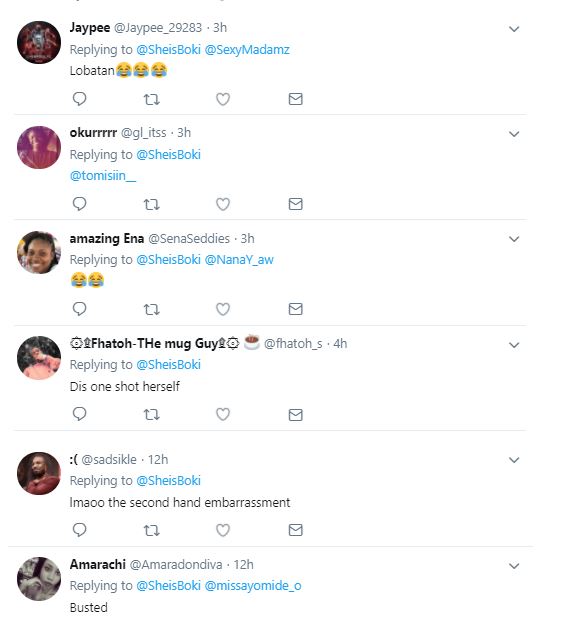 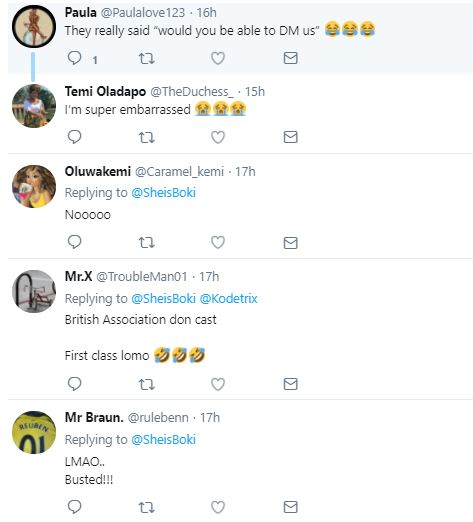