At 40, Nollywood actress, Genevieve Nnaji still remains as stunning as ever.

The mom of one got us talking on Thursday with an Instagram post which other celebrities concurred was enough to break the internet.

Nnaji posted a photo of her in a sexy swimsuit with a happy smile that gave her the look of a goddess of beauty lying on the beach sand.

One might wonder what the gorgeous celebrity does to keep her body well-trimmed.

Even Nollywood actress, Funke Akindele-Bello couldn’t resist the temptation of photoshopping her face on Nnaji’s body and wrote, ‘how I got my body back’.

Another celebrity that got us talking was the one and only celebrity with a dog sex tape, Cossy Orjiakor. 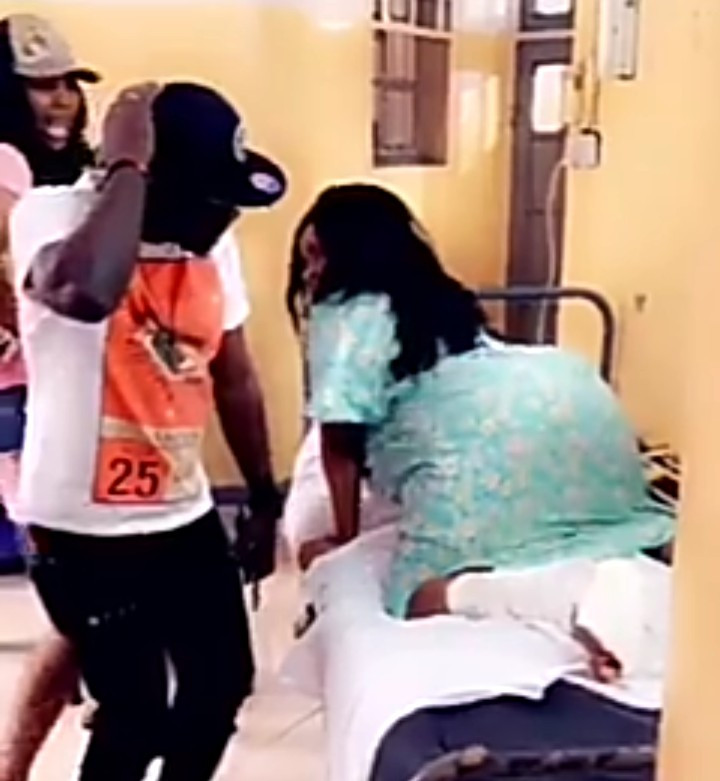 Information Nigeria recalls the voluptuous actress had claimed that fellow actress Halima Abubakar once told her that Genevieve is her lesbian partner on her Instagram page during the snake episode.

The controversial actress was recently seen making the most of her current predicament.

Although, she recently had surgery on her leg after she suffered a horrific fall because of a ‘cat’.

Her energetic and endowed self was filmed smiling and twerking on her hospital bed.

In the video, she knelt on her bed on all fours, and with her backside to the camera, she began twerking even she has been confined to a wheelchair.

Cossy is definitely a whole mood.

Awwwww music by 🇬🇧 based Nigerian superstar @tipsyenupo #pumpum @03mediaceo @iamrichie03 @ob9ja another party in party ward ….. I can only wiggle and wine …. my big pum pum as I no fit follow them dance with leg