Controversial Journalist, Kemi Olunloyo has taken to her Instagram page to reveal some shocking details about the Busola Dakolo rape allegation against COZA Pastor, Biodun Fatoyinbo.

Olunloyo revealed that Busola lied about babysitting, Pastor Biodun’s daughter, Shindara, and also said that Krest was shut down in 2001.

Also Read: Jesus Is Not Present In Pastor Adefarasin’s House On The Rock Church: Kemi Olunloyo

“Busola Dakolo fabricated the babysitting year, I caught her, now it’s 2002 when Shindara was born. Sperm killer Krest pulled off market 2001. How could Pastor @biodunfatoyinbo have fed her Krest Bitter Lemon in a fabricated 2002 rape assuming he was taking her to babysit and they stopped in the bush to have intercourse?
__

“The Coca Cola company told me today that they shifted the market for Schweppes bitter lemon so they don’t sell the same two product in one market. Today they even manufactured ‘Team’ as a newer affordable bitter lemon.
Pathetic liar @busoladakolo did not practice her interview well with @ynaijatelevision. Her motive to destroy this pastor and church are unclear. She has refused to INTERVIEW with me or any other outlets as she’s been paid for this exclusive HOGWASH” 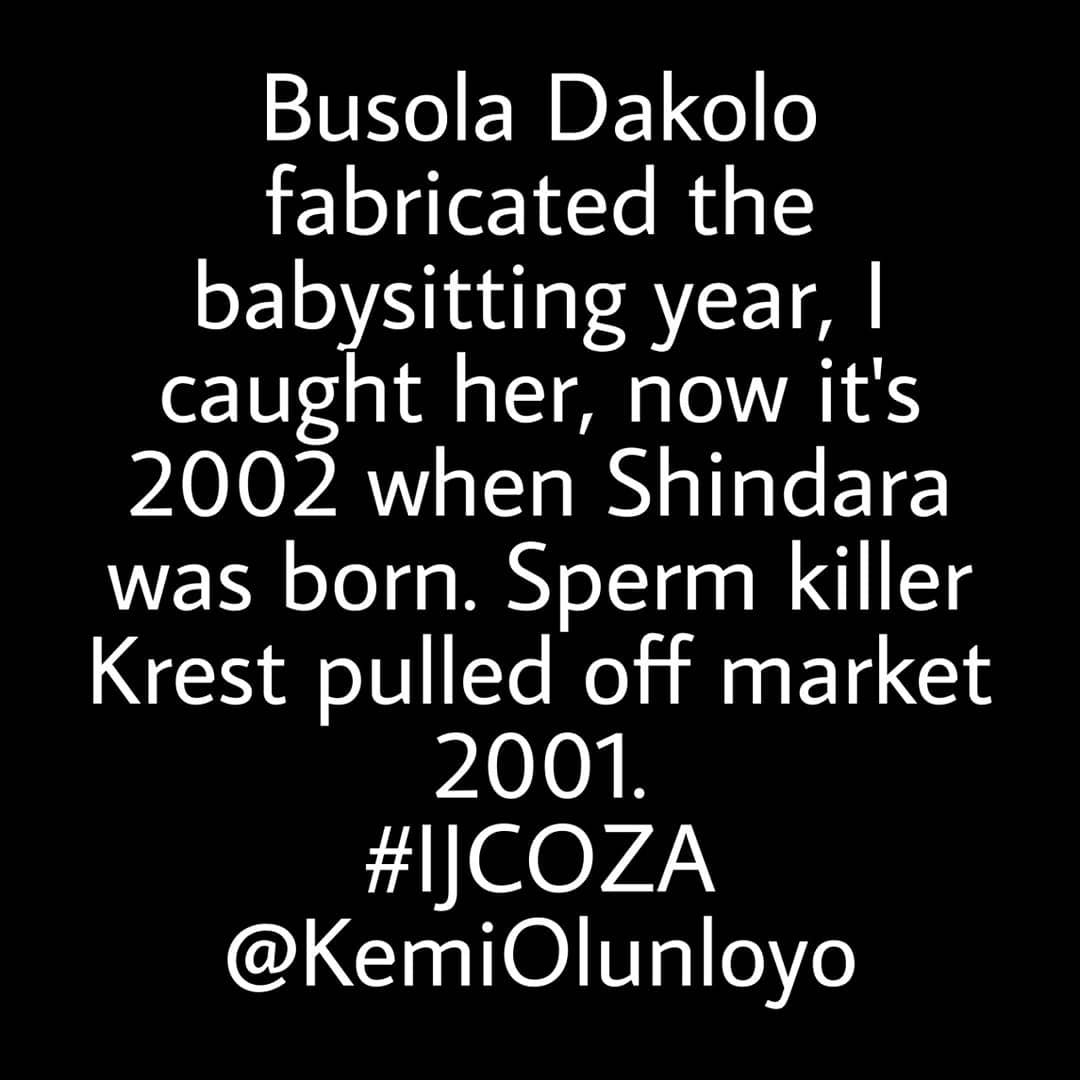