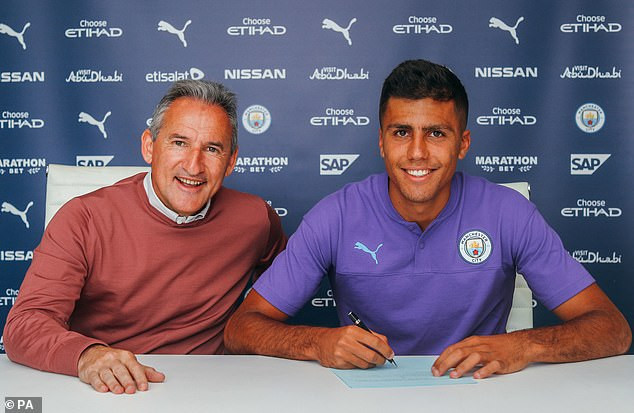 The Spanish midfielder signed a five-year deal with the premier league champions as Pep Guardiola believes he will be a long time replacement for Fernandinho.

The 23-years-old midfielder played a total of 53 matches and scored 3 goals in Atletico Madrid.

‘What City have achieved in the last two years has been amazing and I’m looking forward to being part of such a talented squad ‘It’s not just the titles they have won, but the way they have managed it, playing attacking football at all times.”