If all is well between Nollywood actress, Regina Daniels and her husband, Ned Nwoko, it does not appear to be the same between the actress and her stepson, Emzy.

The son of the former lawmaker took to his Instagram page to reveal a conversation between him and the Nollywood star.

Emzy uploaded a message he received from his stepmother, Regina Daniels threatening to ensure he (Emzy) willno longer have access to his father.

Also Read: D’banj Shares Video Of Lady Twerking To His Song Inside River

Emzy Ned Nwoko responded that he is not afraid of her threats.

The drama is not over between the two who have been at each other’s throat for long.

Recall that sometimes ago, Emzy alleged that the actress was using voodoo on his father. 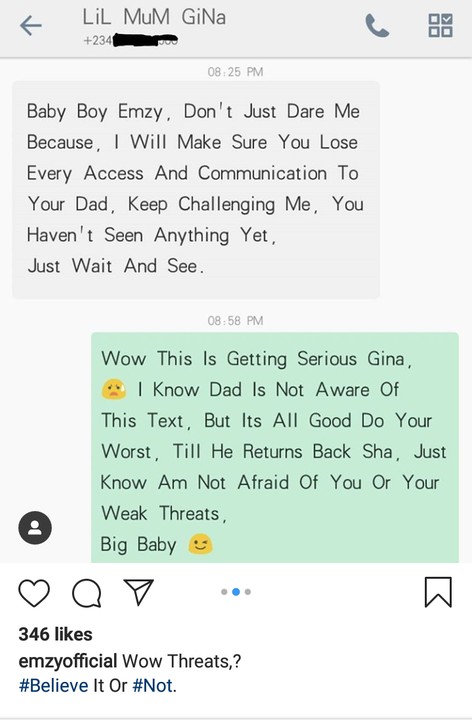 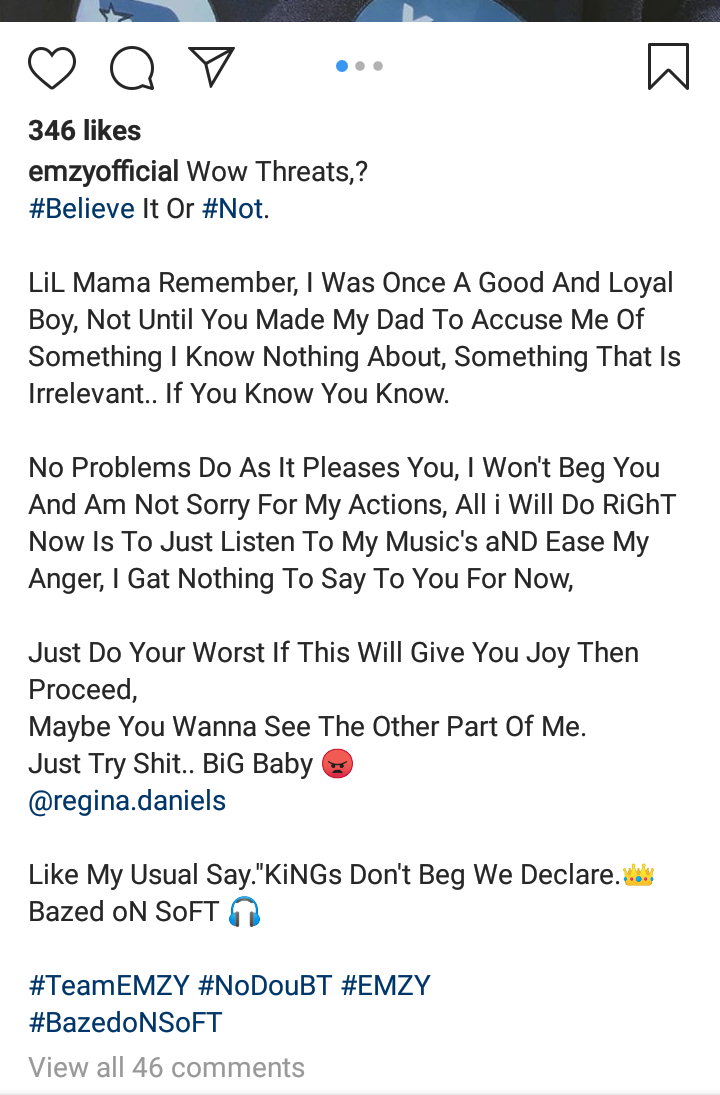