A Nigerian man, Chukwuemeka recently caused a stir on Twitter after begging American rapper, Offset for money on Thursday, July 25.

Offset had initially told his followers to request for anything via his #AskOffset hashtag but he got more than he bargained for.

The Nigerian man with the Twitter handle, @Chukwuemaka01 asked the international rapper for money by tweeting,

The rapper, who is one part of the trio that makes up the rap group, Migos, however, offered a piece of advise to the young man.

“Gotta grind or find a job until you can fund your dream.” 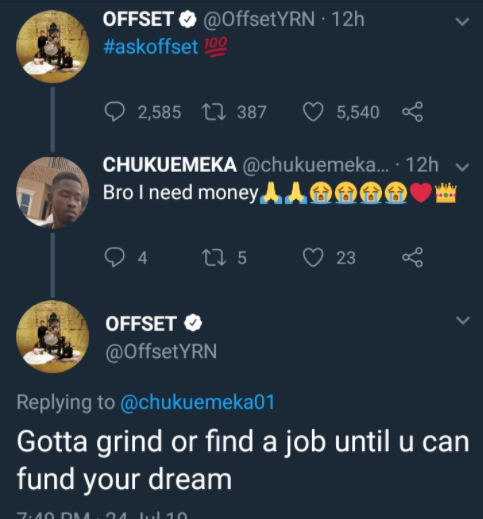 Undefeated, Chukwuemeka pleaded with singer for the money, claiming that the requested money is for his high school fees.

This response garnered some backlash from other Nigerians who felt that Chuwkuwemeka had disgraced Igbos in Nigeria.

According to reports, Chukwuemeka was also one of the numerous Twitter users who has begged popular Nigerian music producer and Mavin Records boss, Don Jazzy for money during his N50,000 giveaway on Monday, July 22.

A tweet from July 23rd surfaced online showing Chukwuemeka appealing to Don Jazzy to help him get a laptop, adding that it would be a dream come true if Don Jazzy could help.

He has since changed his Twitter handle following the backlash he received for asking Offset for money.

See the backlash below: 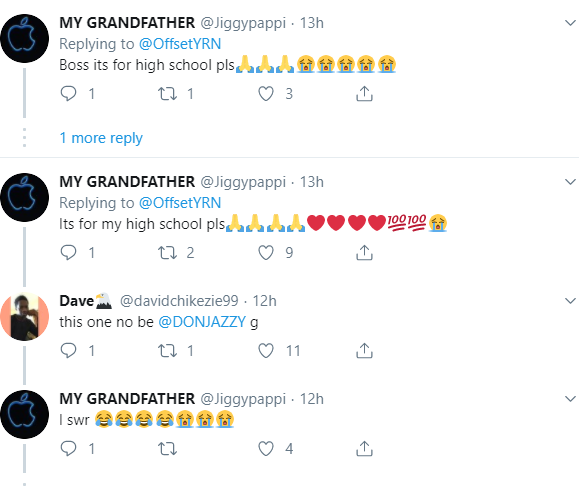 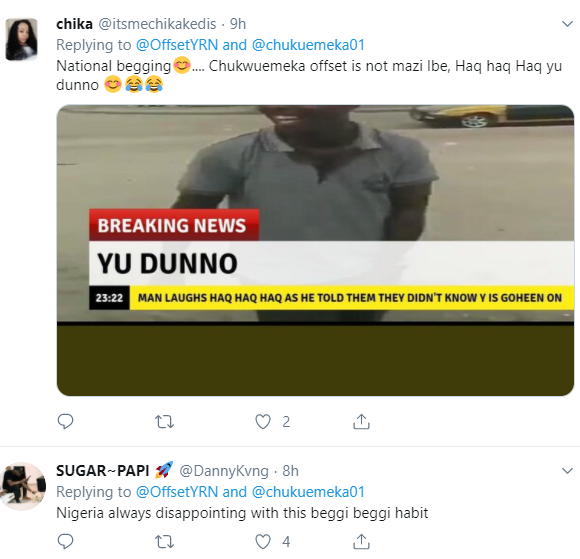 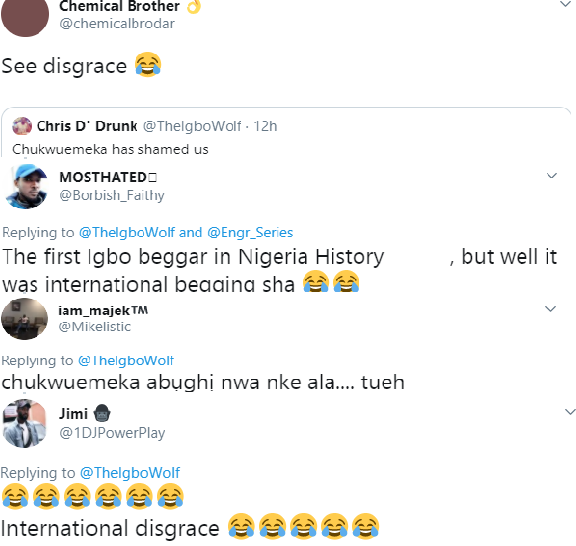