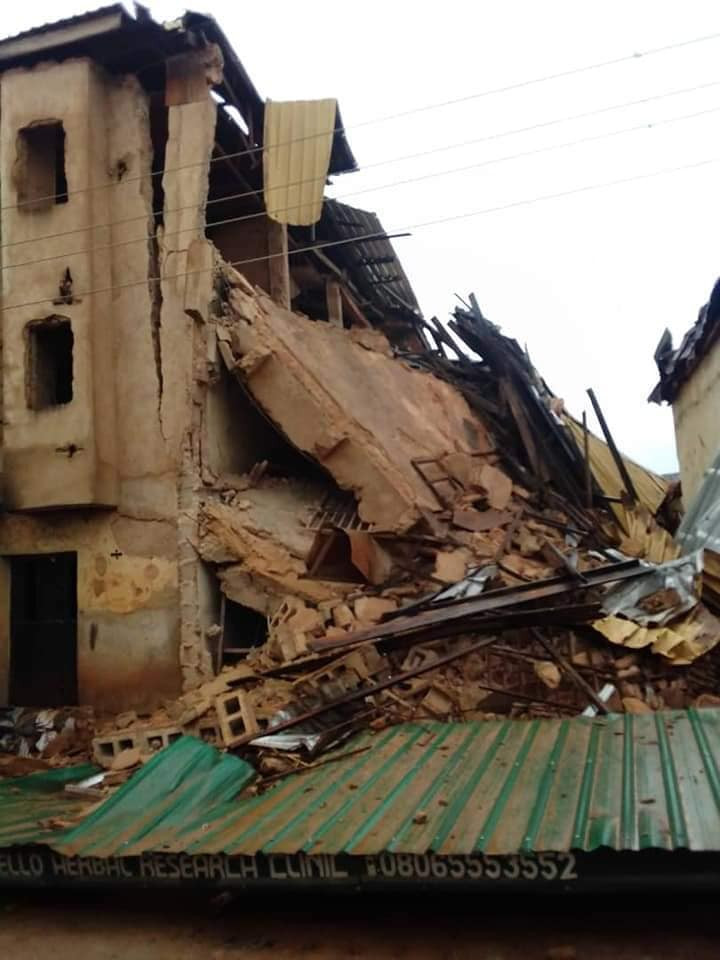 Seven persons have been confirmed dead after a three-storey building collapsed along Seriki road in Jos, Plateau state on Monday, July 15th.

According to reports, the building is owned by a popular herbal doctor, Alhaji Rufai Kabiru.

Mrs Junni Bala, the Director of Search and Rescue, Plateau State Emergency Management, while speaking to newsmen on the incident said seven bodies have been removed from the rumbles. She added that it is possible that the figure may increase.

READ: Another Building Collapses In Lagos As Three escape Death

“That was the figure as of last night. The figure may increase today because we are continuing with the search and rescue operation this morning,” she said.