The former Watford attacker finished the tournament with five goals in seven appearances to win the top scorer’s prize in Egypt.

Few days ago, it was reported that the Shenhua striker had revealed that he will be retiring from international football on his Whatsapp status but nothing was confirmed until yesterday when he penned an emotional message to Nigerians.

“This is one of the most difficult career decisions I have had to take. It’s been an amazing 5 years journey, but after due consultation and extensive discussion with my family, I have decided it’s time for me to retire from the National team.

It’s has been an eventful and most memorable opportunity to serve my country with pride, passion and to contribute my quota to the development of our football, the memories would stay with me for a long time and I’m immensely grateful. It is now time to concentrate on Club football and give the younger players the chance to learn and grow.

I would love to thank the NFF, coach Gernot Rohr for believing in me against all odds, to my teammates for their professionalism and team spirit without you guys I wouldn’t have achieved so much with this team.

To NIGERIAN football fans all over the world, I SAY THANK YOU, you were always there to cheer us on and our 12th players every time we step into the pitch. I will be watching and cheering the SUPER EAGLES from this side. THANK YOU…..signing OUT” 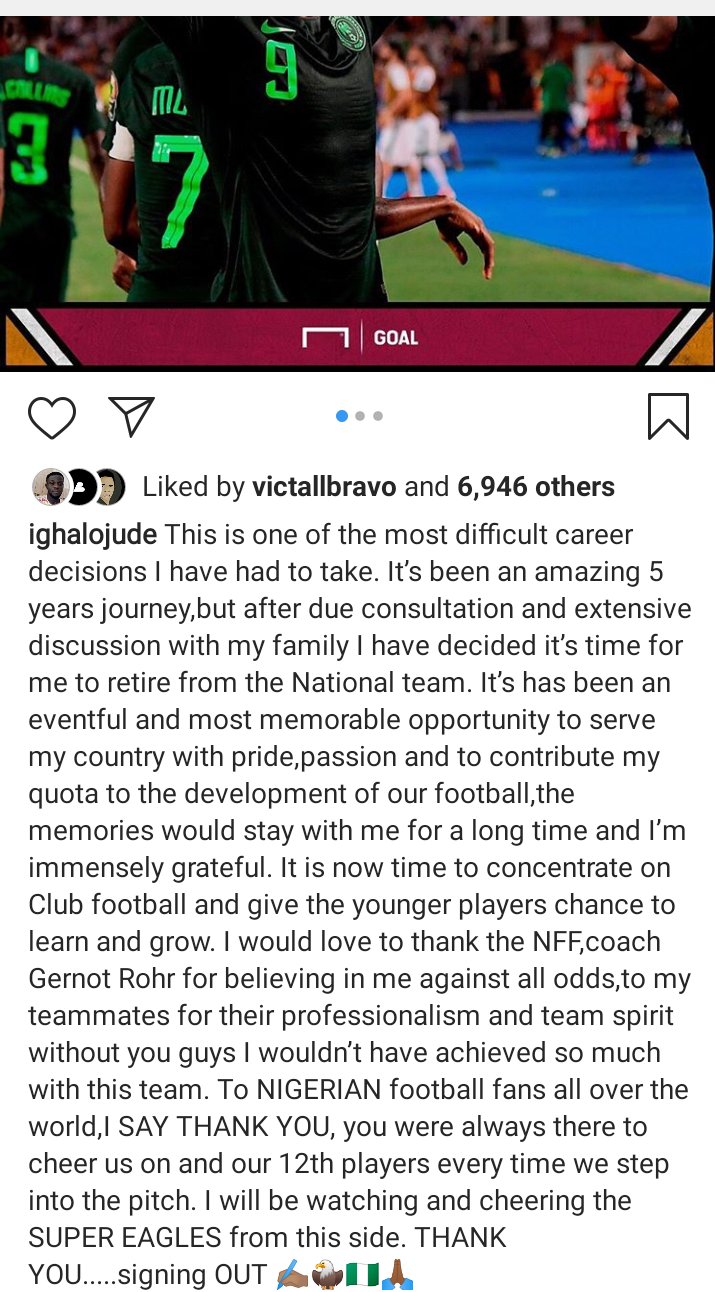 The striker has returned to China to continue his football season, albeit with a recurrent injury.