Canadian Rapper Drake has revealed to a fan how he learnt the Nigerian slang ‘Ikede’ in his new song “won’t be late” which was produced by Nigerian producer, Tekno.

In a reply post on Instagram, a fan asked him how he was able to speak the Nigerian slang, “Ikede” and “Bakasi” he replied the fan saying,

Nah i did my own research but Tek brought the life-changing riddim thru of course.

Nigerian producer, Tekno has gotten a lot of congratulatory messages from Nigerian and the international community for producing a major track for one of the most successful rappers of all time, Drake. 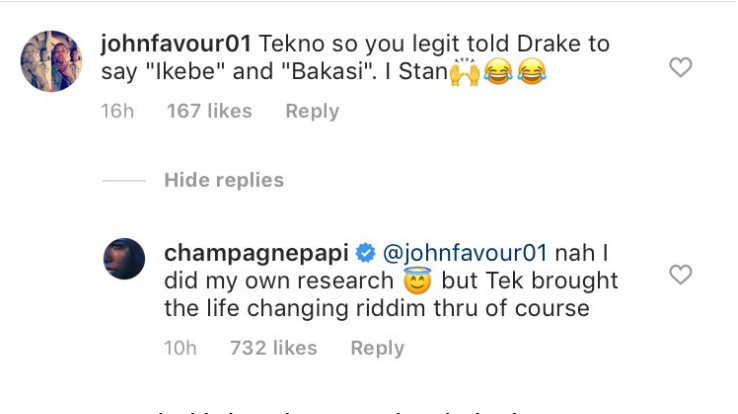