A few days ago, a video of a man portraying himself as Jesus Christ in Kenya went viral as he was seen dancing to songs and playing with children.

The man was later identified as Michael Job, an American Christian actor, and evangelist.

However, this fact did not stop people from lashing out the man for his controversial act.

Recall that Jesus was reportedly deported by Kenyan authorities, who also arrested the pastor that invited him.

Reacting to this, Michael Job took to his Instagram page to debunk news of being arrested. 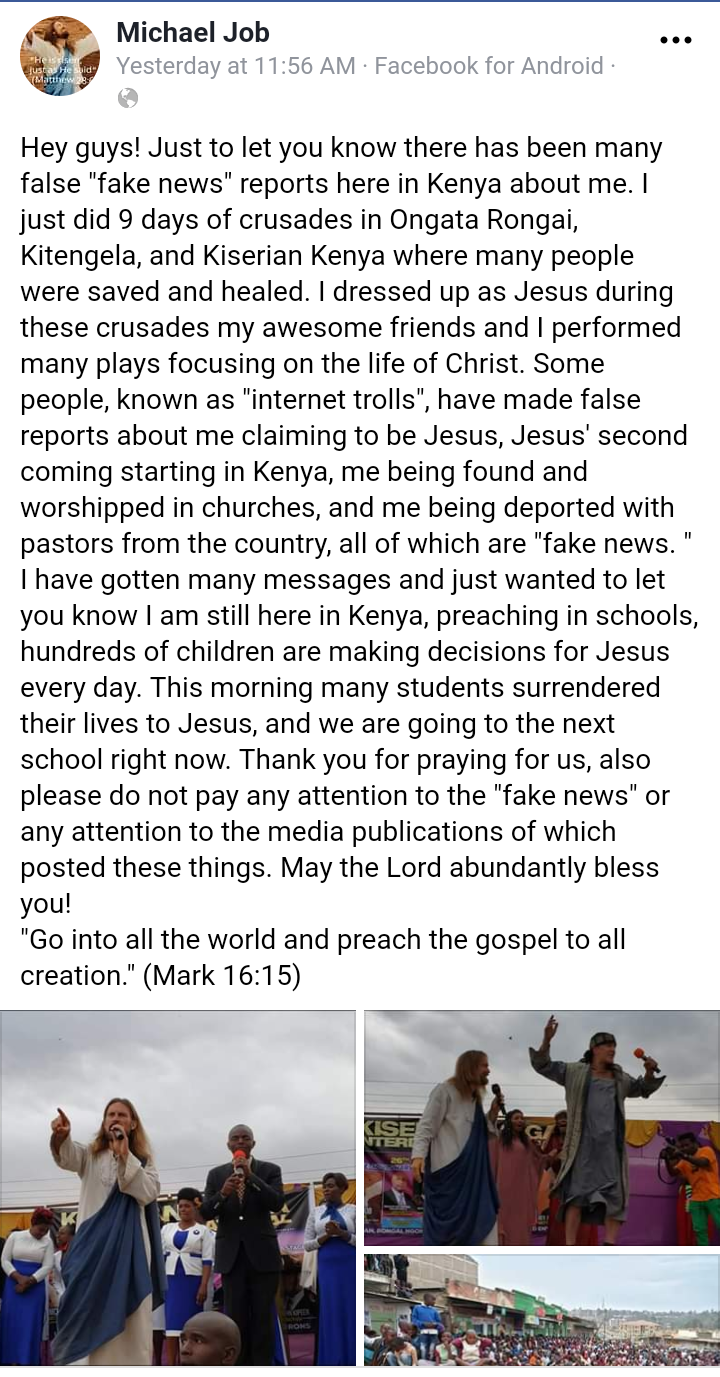