A man and a lady, rumored to be students of Ekiti state university, were filmed committing an ungodly act in a pool.

The video, which is currently trending on social media, has attracted the attention of self-acclaimed, Nigeria’s Number 1 Complainer President, Isokoboy and singer, Waconzy.

Reports claim the duo were caught on camera by some people staying in a room opposite the pool area.

The students were so engrossed in the act to even notice they were being watched from the window.

Reports claim the pool is that of a hotel, but the location is yet to be known.

Isokoboy12, Waconzy and other social media users reacted to the video, stating that the water in the pool has been contaminated. 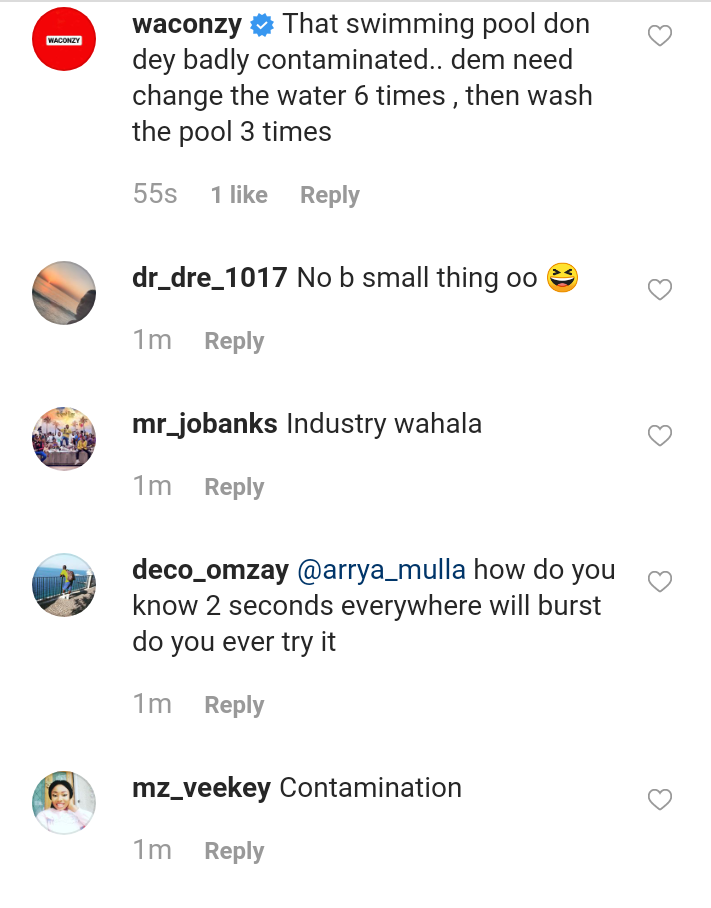