A Twitter user identified as @tnandul has shared the story of how a woman was allegedly asked to drop the rape case of her 8-year-old daughter because the 20-year-old rapist is too young.

Read Also: He Gave Me Powder To Lick Before Having Sex With Me: Rape Victim

According to the user, she had to stitch the victim’s private part after the unfortunate incident before the police finally arrested the culprit. 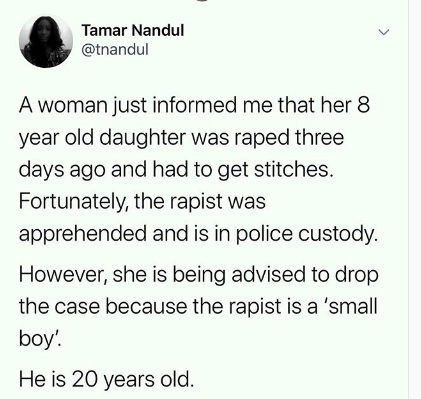