Well, celebrities sure do not have time for any disrespect from trolls.

Five Star Music act Kcee, has put a troll in his place after the latter tried to slam him over his relationship with his brother, E-Money.

The troll asked the singer why he keeps showing off E-Money’s properties and why he could not show off his.

Replying the troll, Kcee asked if the troll’s brother is dead as if his brother were alive, he’d show off his own property. 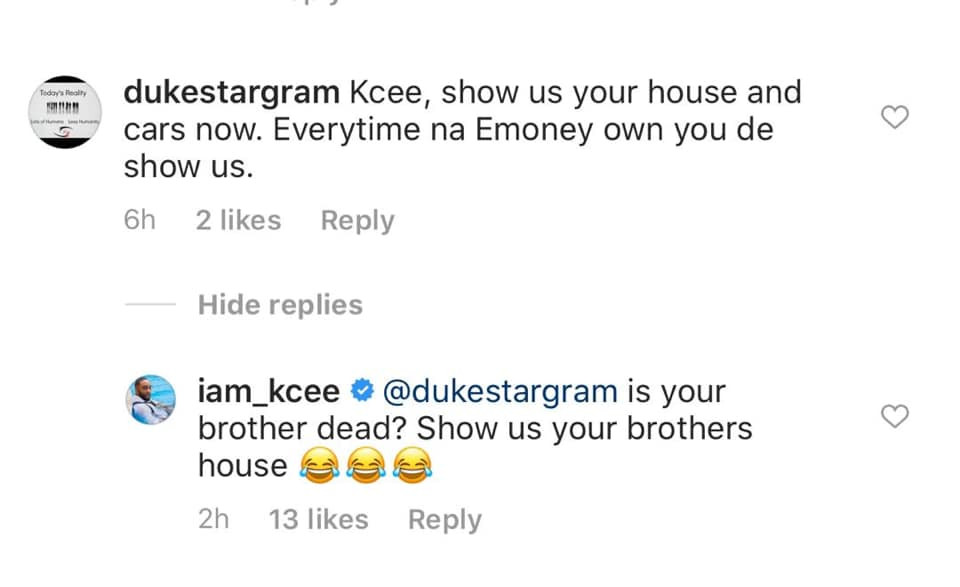