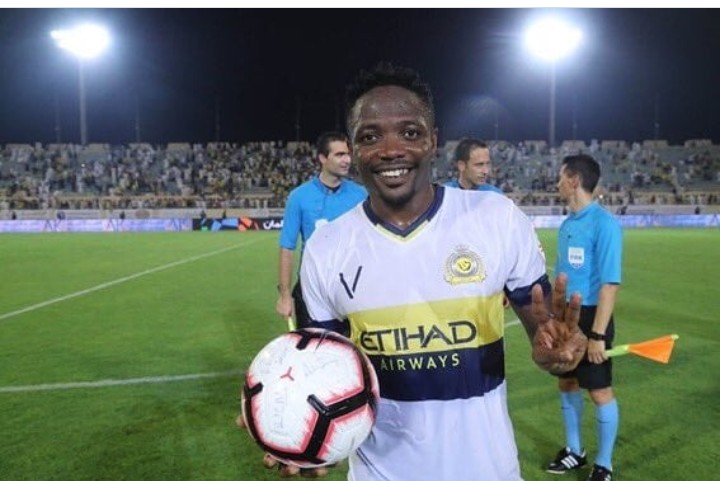 Nigerian international, Ahmed Musa took to his Twitter handle on Sunday to write a farewell message to his teammates, management and fans of Al Nassr.

Recall that last month the Saudi Arabian club in an official statement via it social media page announced that Musa will be departing the club after two years.

“Thank you Nigerian falcon, wishing you all the best in the future! @Ahmedmusa718,” the club said on their Twitter page.

Musa joined Al Nassr from EPL side Leicester City. During his stay, he made 50 appearances with nine goals to his name.

Musa in his tweet hailed everyone at the club for their love and support.

He wrote, “I want to say a very big thank you to my teammates, management & the entire Fans of @AlNassrFC Club for the great experience & unwavering support, love & care. It’s been a pleasure & I am extremely grateful. Best of luck @AlNassrFC.”