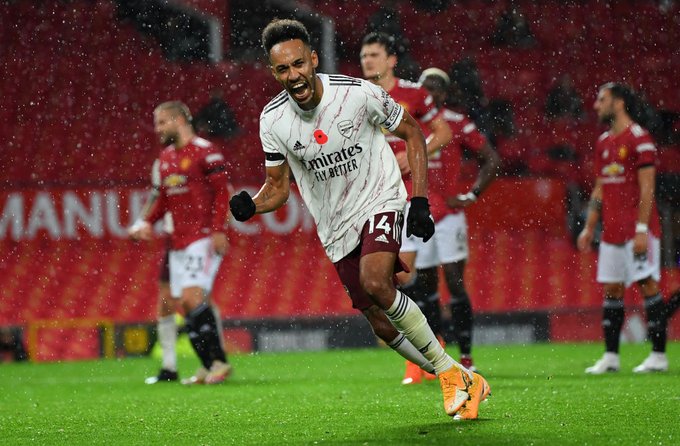 The biggest match this weekend went down at Old Trafford this evening between league rivals, Man Utd and Arsenal.

The first half was without a goal from both sides, however, Arsenal player, Pierre-Emerick Aubameyang gave the Gunners an edge with a goal in the second half.

See also: Ronaldo Scores A Brace On His Return To Action After Contracting Covid-19

The Gabon forward broke the deadlock from the penalty spot in the 69th minute after Paul Pogba had clipped the heel of Hector Bellerin in the area.

There were very few other chances.

Willian’s effort struck the bar, while a strike from substitute Donny van de Beek came off the post late on.

The Gunners now have 12 points and are up to eighth and United remain in 15th on seven points.