Home Sports Football Barcelona And Spain Suffer Injury Blow As This Youngster Could Be Out...
Facebook
Twitter
WhatsApp 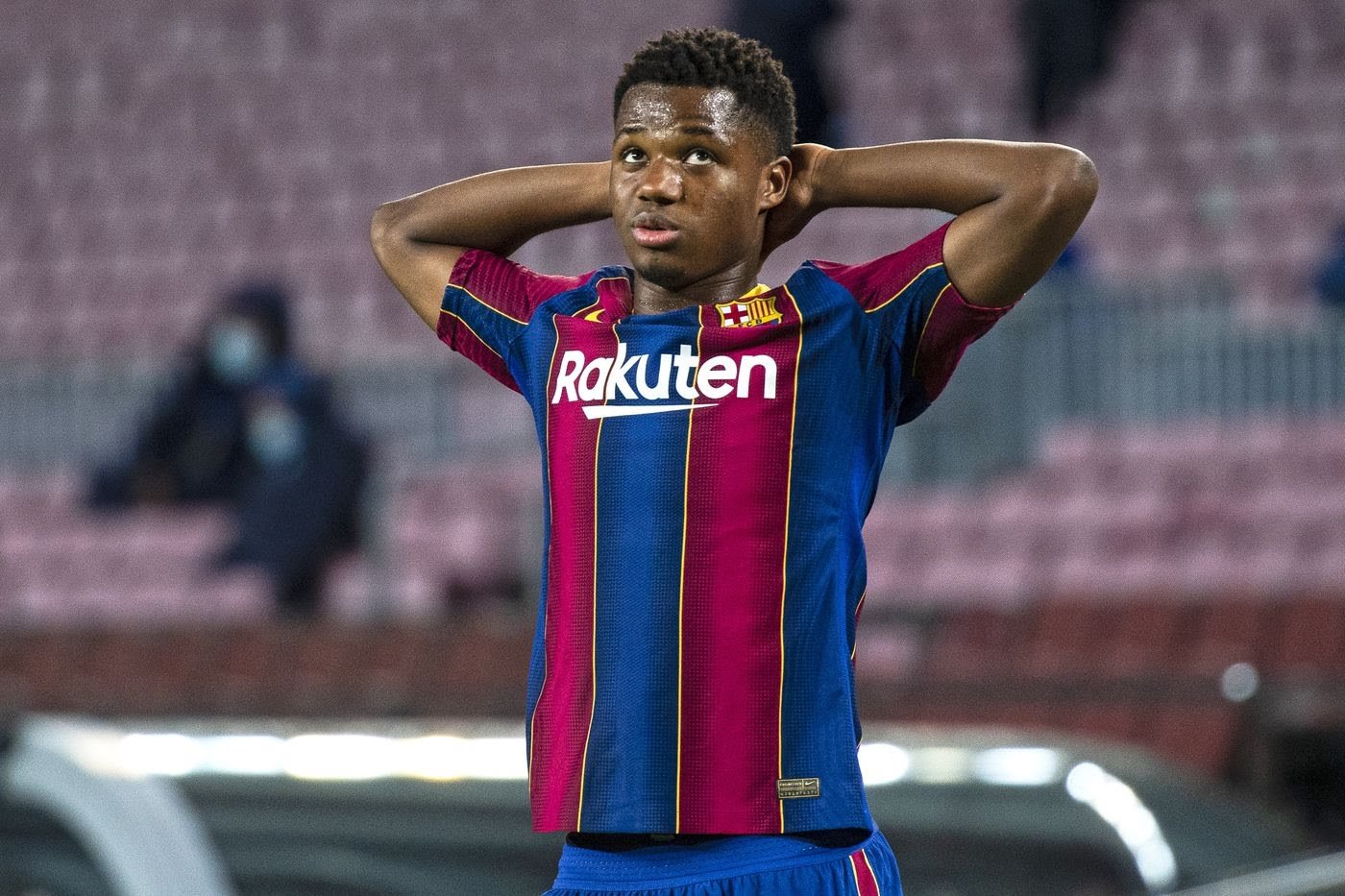 Barcelona have suffered a huge injury blow as youngster, Ansu Fati could be out for months after rupturing the internal meniscus in his left knee.

The Spanish international sustained the injury during his side’s 5-2 victory over Real Betis in the La Liga on Saturday evening.

Fati has been one of the Catalans stand-out performers in a difficult season, with five goals in 10 appearances in La Liga and the Champions League.

The club in a statement via it official website confirmed the injury but no prognosis or plan for surgery has been confirmed.

The injury will likely see him miss Spain’s games against Holland, Switzerland and Germany, if he misses the rest of the year then the Spanish Super Cup to be held in Saudi Arabia in January is in doubt.

Fati is both Spain and Barcelona’s youngest goalscorer.