Veteran singers, Sound Sultan and Blackface had a disagreement on social media over the death of their fellow colleague, 2Face’s driver.

Information Nigeria recalls Blackface had earlier called out his former buddy, 2Face for not informing about the death of a mutual friend, Benny, who also happened to be their driver while they were still together as a band.

“Benny died and he never told us ??? Pls anyone know how we can reach out to his family??? @official2baba @annieidibia1 Pls make help us reach out to his family..I have tried to reach una to let me have their address or numbers severally to no avail I had to post this here i hope your fand tag you enough to respond to my message as una no dey pick call ..”

Reacting to his post, Sound Sultan chided  Blackface and mentioned that 2Face had cared for Benny’s family for over 12 years even when he wasn’t working with him.

“Black you are soo wrong for this . Oga benny and family was well taken care of Inno for 12 years even when he wasn’t working with him he lived in his house till a fire incident happened. Let’s mourn Oga Benny without doing this pls. Smh”

@soundsultan so you too knew Oga Benny passed on? But you never told no one too until I posted why was his death kept on the low when he has helped so many of us and not only that he was 2face driver,did you mention it anywhere he had passed on? Or anyone on una reasoning side? Since he worked with your friend 2face all his life does it not seem right to give him a befitting exist? Make we stop being animals in human skin ….just send me numbers to call ok and even you self you no fit give them advice abi na same water carry una??? Na wa”

Read Also: Blackface Calls Out 2Face For Not Informing Him About An Old Friend’s Death 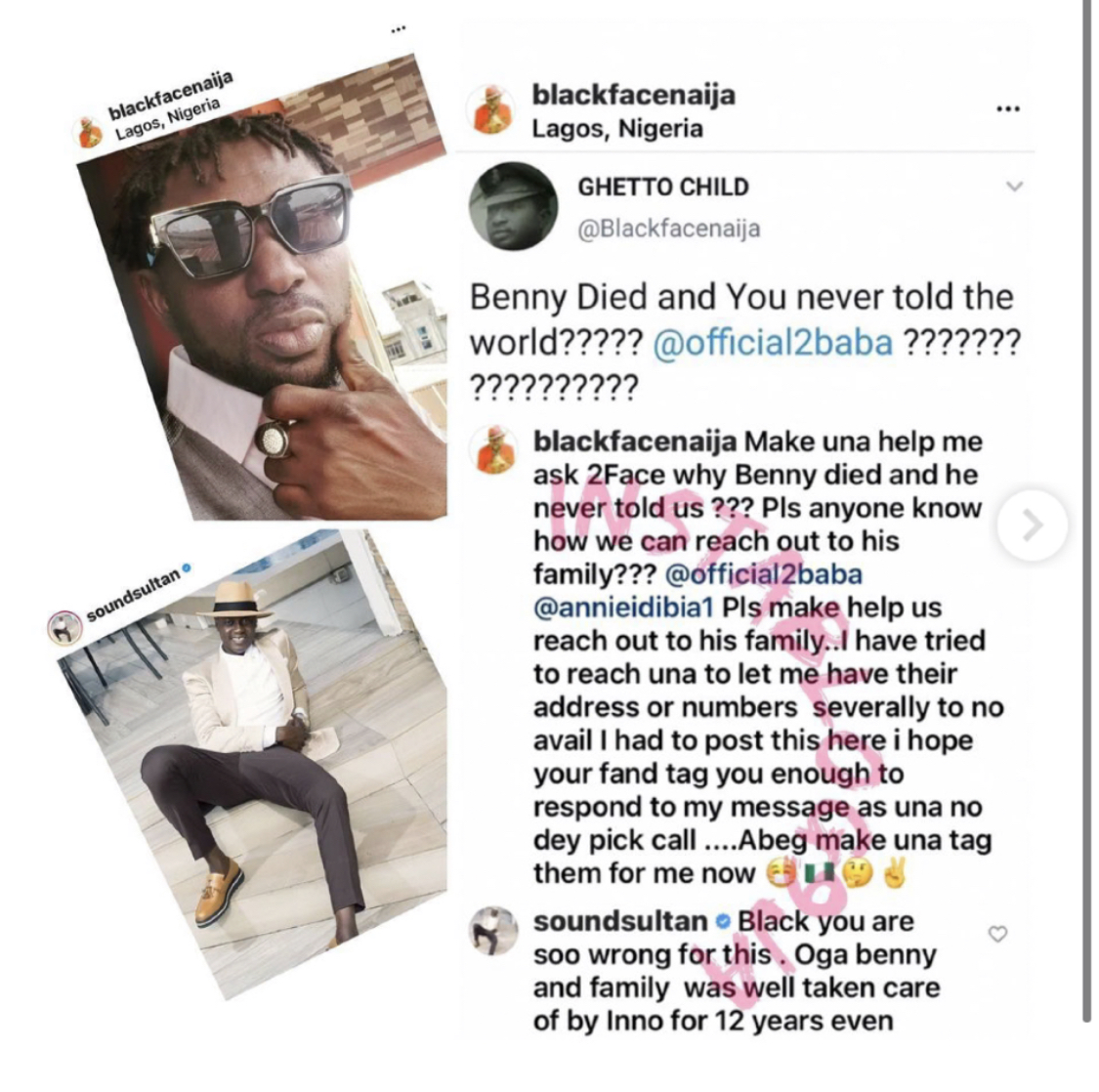 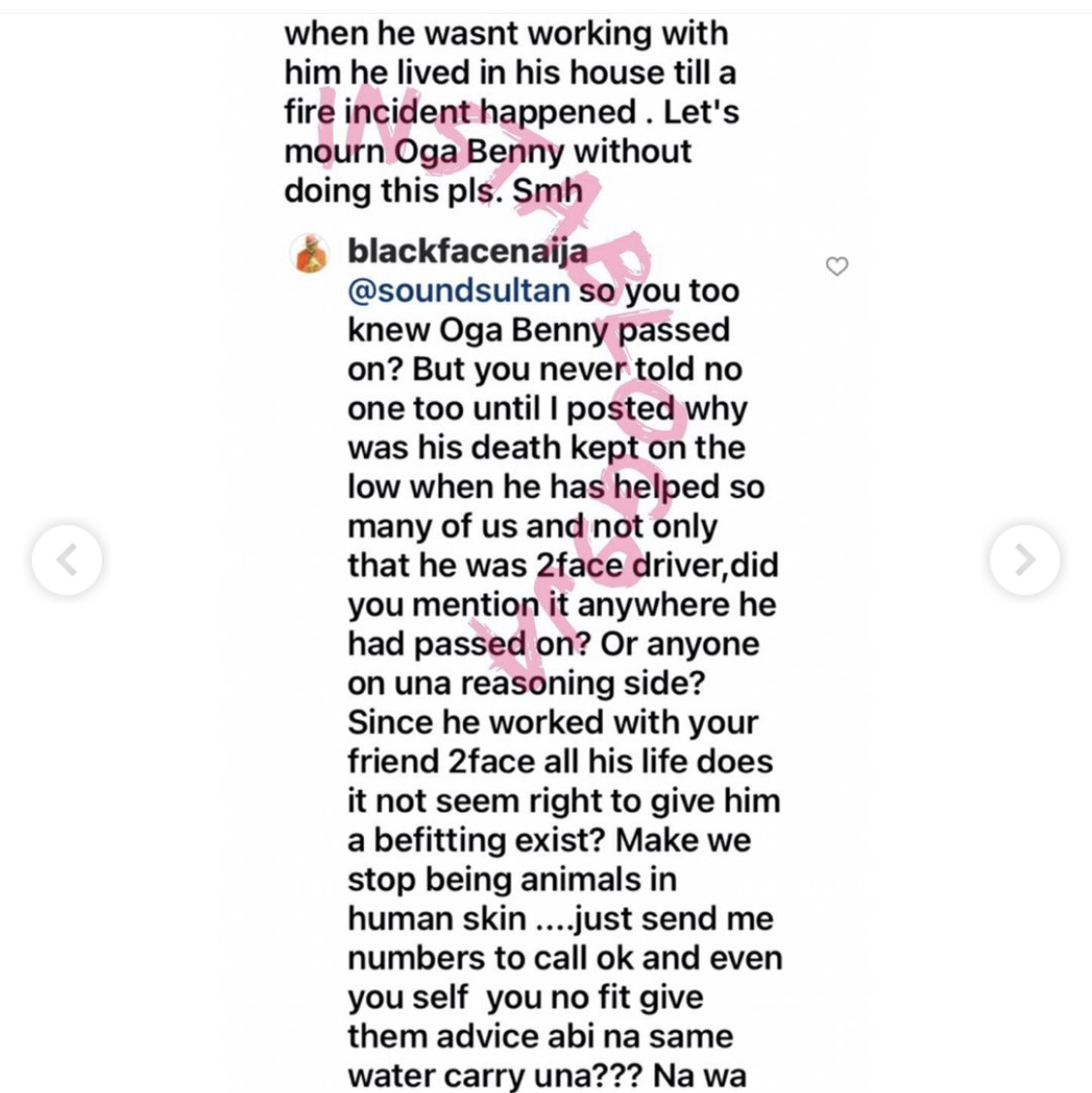 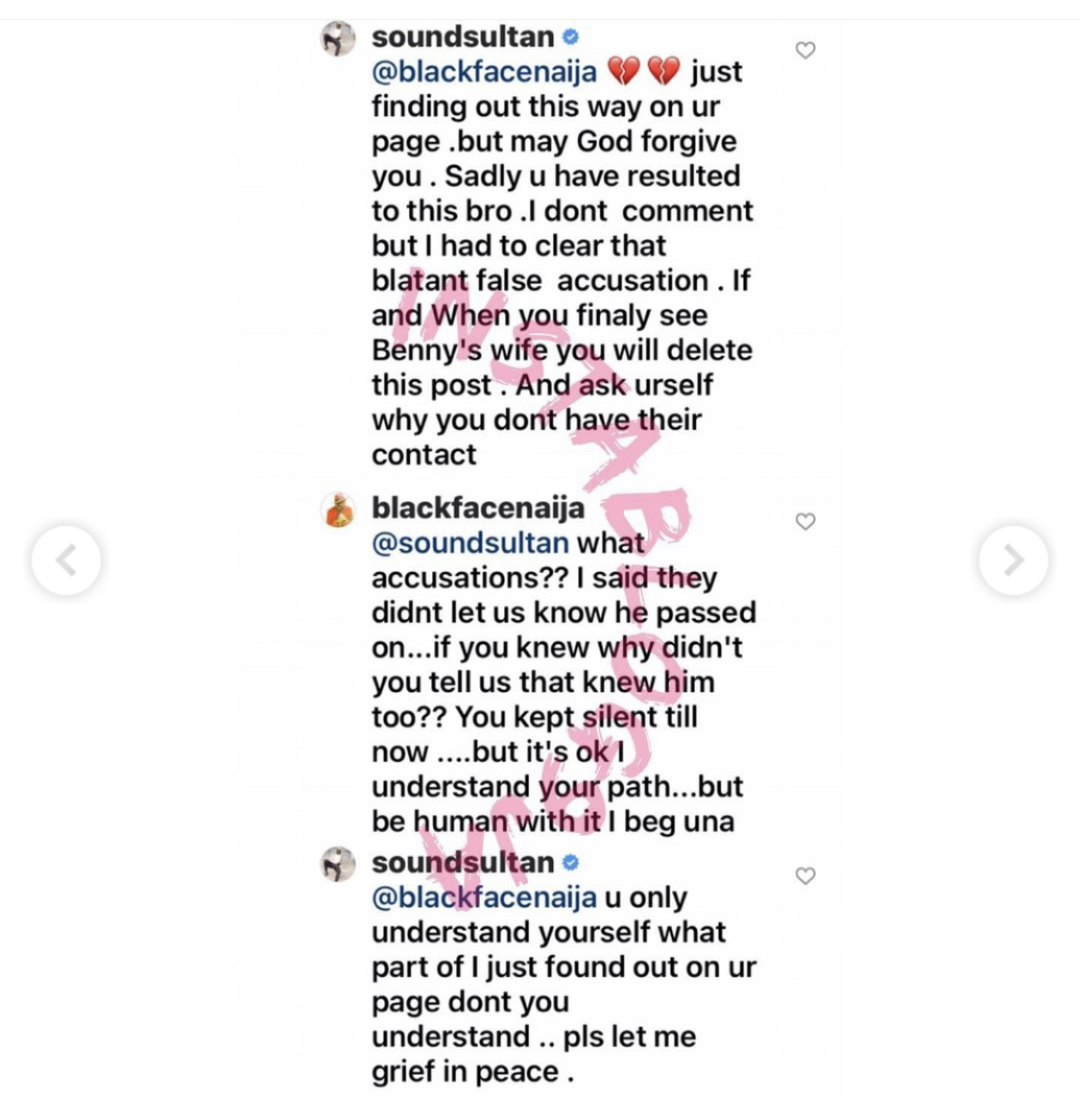 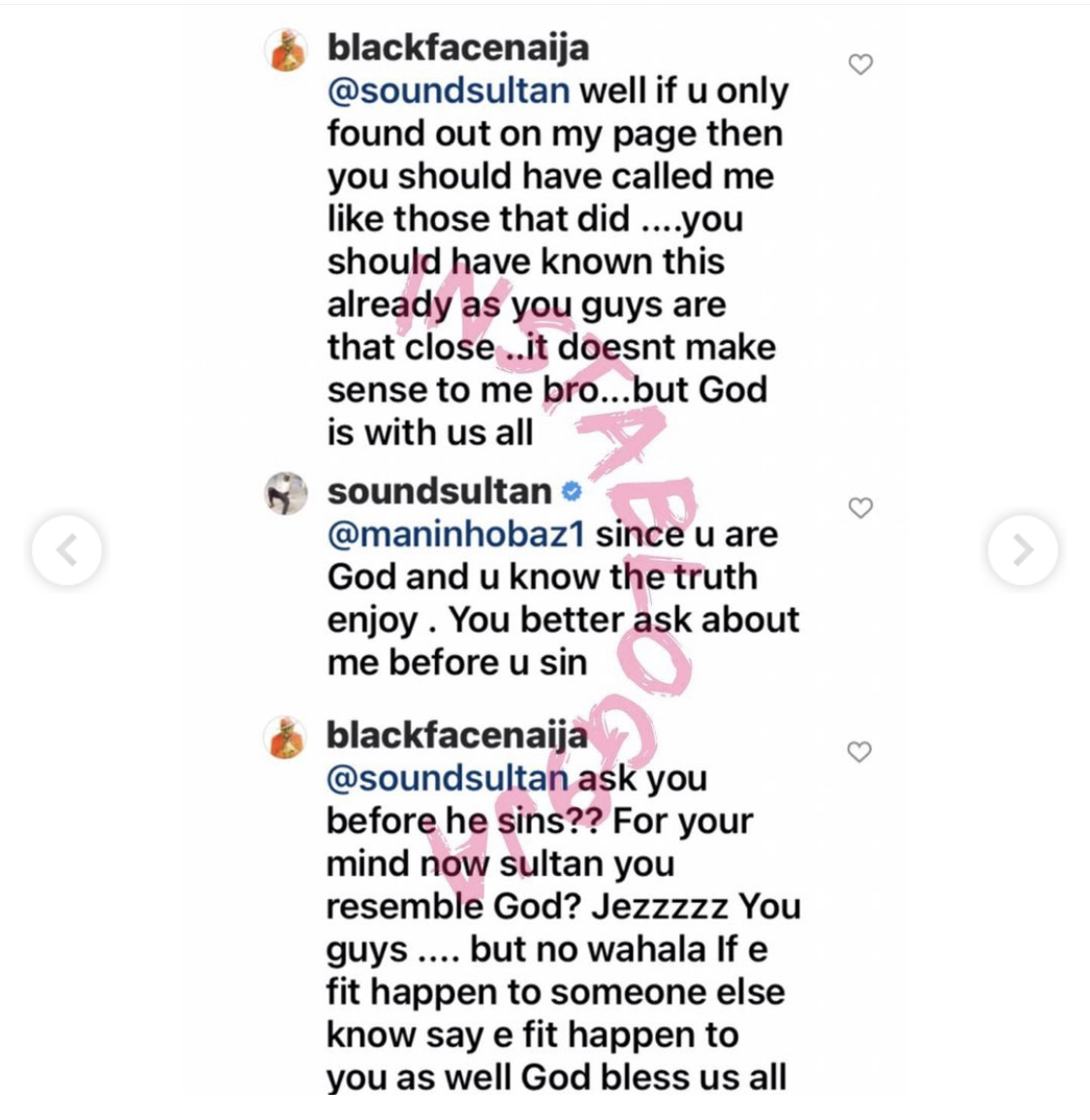