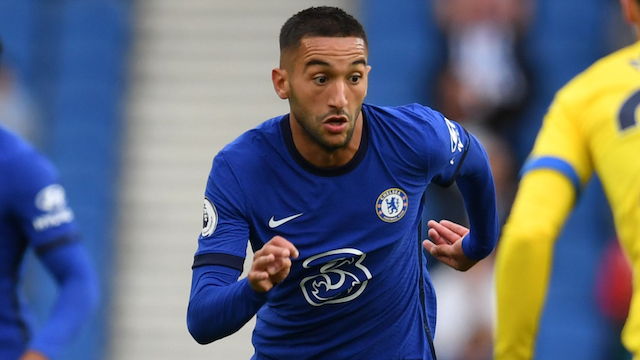 Chelsea’s new star Hakim Ziyech has revealed that he is comfortable with the Blues after shining in a 4-1 win against Sheffield United on Saturday.

Ziyech completed a €40 million (£36m/$47m) move from Ajax Amsterdam over the summer, and after having been delayed at Stamford Bridge due to injury, the Moroccan forward made his full debut for the club in the UEFA Champions League clash against Krasnodar in October.

And after just four starts for the club, Ziyech now has two goals and three assists.

Frank Lampard’s men have in turn won all four games in which Ziyech has started and the atmosphere is quite conducive for the 27-year-old.

“They come in with power on corners – you think they’ll put it in the box but they took it short and scored for 1-0 but after that we did well and created a lot of chances and scored a lot of goals.

“They like it when you play the ball to your feet and I saw Mateo Kovacic running into space – sometimes you have to get those balls then they don’t know what to do and then the first time we did that I scored.

“I always look at my team-mate before I take the ball, we understand, only eye contact is enough for us.”

Ziyech will now turn his attention to the national team, as Morocco prepare for the African Cup of Nations qualifier clash against the Central African Republic. The Atlas Lions currently lead their group with four points from two games.