Big Brother Naija ex-housemate, Diane Yashim, recently said that she would love to see ‘lesbianism’ being decriminalized in Nigeria.

The reality TV star made this known during a question and answer session with some of her fans via Instagram.

Diane had asked her fans to reveal some the secrets they haven’t shared with anyone.

One of her fans decided to come clean about her sexuality as she stated that she is attracted to girls and she wished that lesbianism is permitted in the country.

In response to this, Diane also wished that lesbianism could be legalized in Nigeria.

The reality TV star also tried to cheer up another fan, who admitted to being gay and depressed. 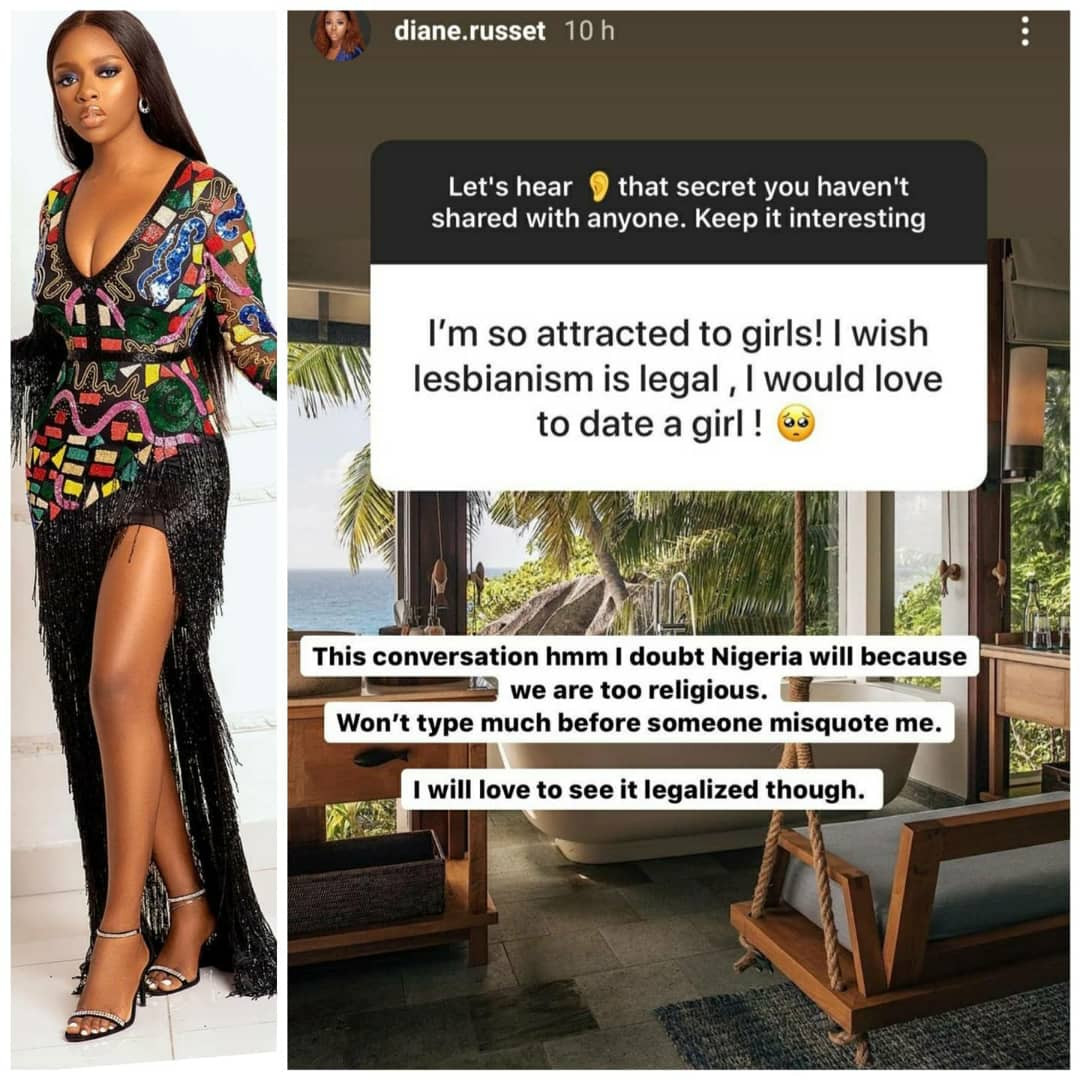 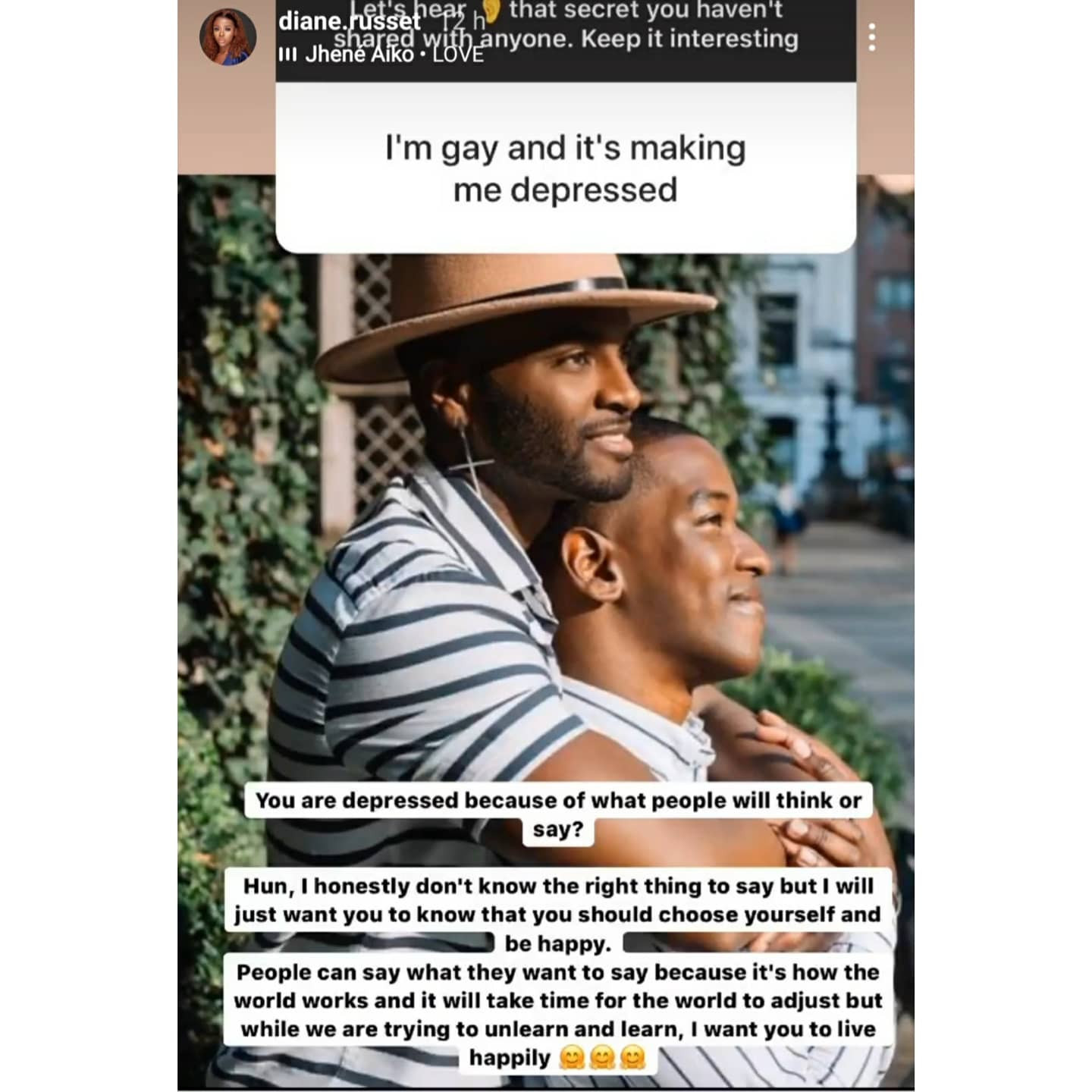