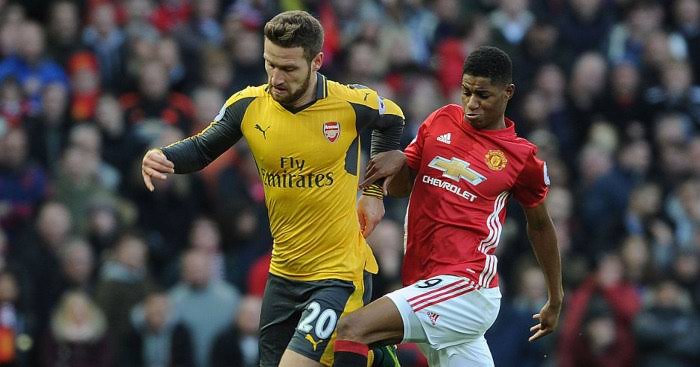 This biggest game this weekend is between long time rivals Manchester United and Arsenal, managed by younger coaches unlike the days of Arsene Wenger and Jose Mourinho.

The Red Devils who sit two points behind Arsenal will host the North London club at Old Trafford.

The two clubs performance in the mid week games is a booster to perform today.

United’s boss Solskjaer, however, has a lot of reasons to be worry, especially on his team’s selection as his side has not been all that spectacular this season.

Below is Man Utd team news;

The likes of Phil Jones, Alex Telles, Eric Baily, Jesse Lingard will be unavailable due to one injury or the other. Anthony Martial is on suspension.

See also: Man United and Arsenal Go Head To Head In The Premier League on DStv

Mason is likely to get playing chances ahead of new signing Edison Cavani, who could come in from the bench.

While Arsenal will be hoping to have their first win in a long time at Old Trafford, former England striker, Michael Owen, however, predicts the game will end in a draw.

Owen told BetVictor: “Arsenal’s early season rise has been dampened slightly with recent results. They will be looking at this as the perfect platform to get going again.

“United themselves have picked up. Marcus Rashford is really starting to fire and he could be United’s danger man here.

“However, I think if Arsenal can keep him quiet, they could come away with a point.”