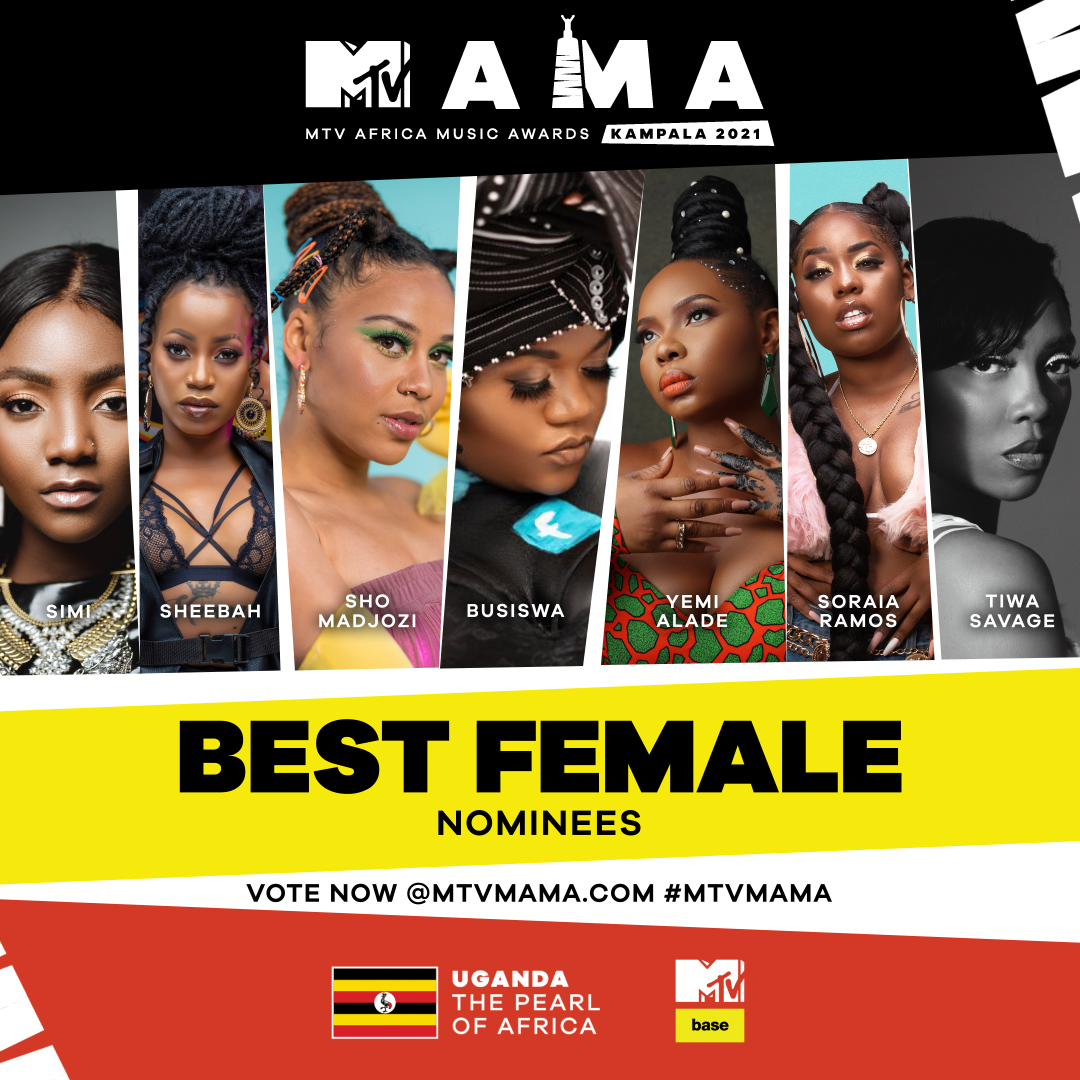 Nigerian female musicians Tiwa Savage, Simi, and Yemi Alade have just been nominated in the category of Best Female Act for the MTV Africa Music Award (MAMA) to hold in 2021.

The singers will be slugging it out alongside South Africa’s Sho Madjozi and Busiswa, Uganda’s Sheebah, and Soraia Ramos.

Tiwa Savage has been a previous winner in the category, clinching the coveted award in 2014 after beating Arielle T, Chidinma, Efya, and DJ C’ndo.

Simi was nominated for the Best Breakthrough Act in 2016 for her hit single, ‘Jamb Question’.