Nollywood actress, Isaac Chinwe, has said that not all celebrities deserve to be called role models.

This is in light of the trend of fans getting tattoos of their favorite celebrities on their bodies.

The movie star noted in a lengthy Instagram post that the celebrities who are being idolized with tattoos of their faces on the bodies of fans are not worthy of such.

The actress further wrote that the so-called celebrities have lost their morals in the name of wealth and therefore do not deserve such gesture.

She finally advised fans to look within themselves because they also have what it takes to be a celebrity. 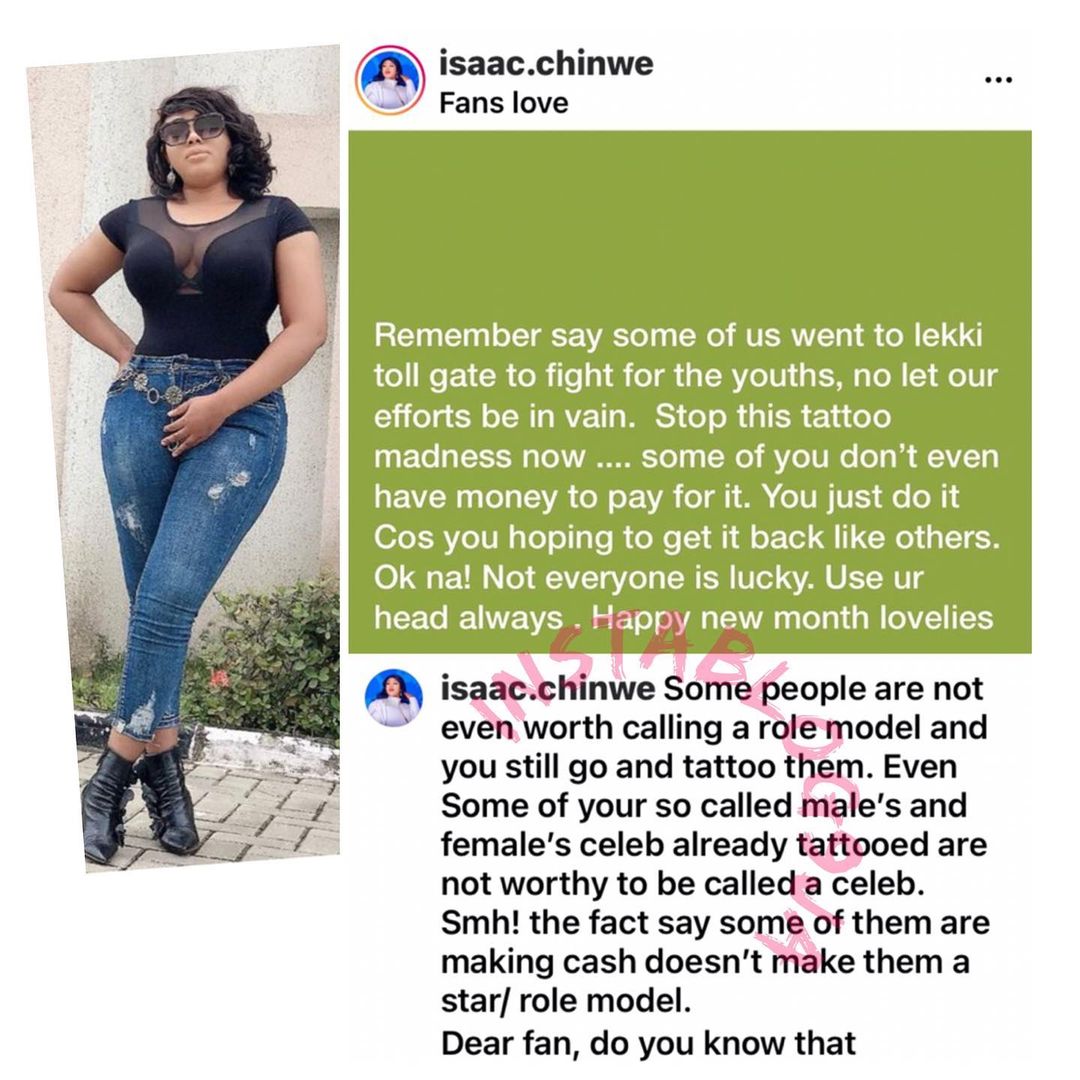 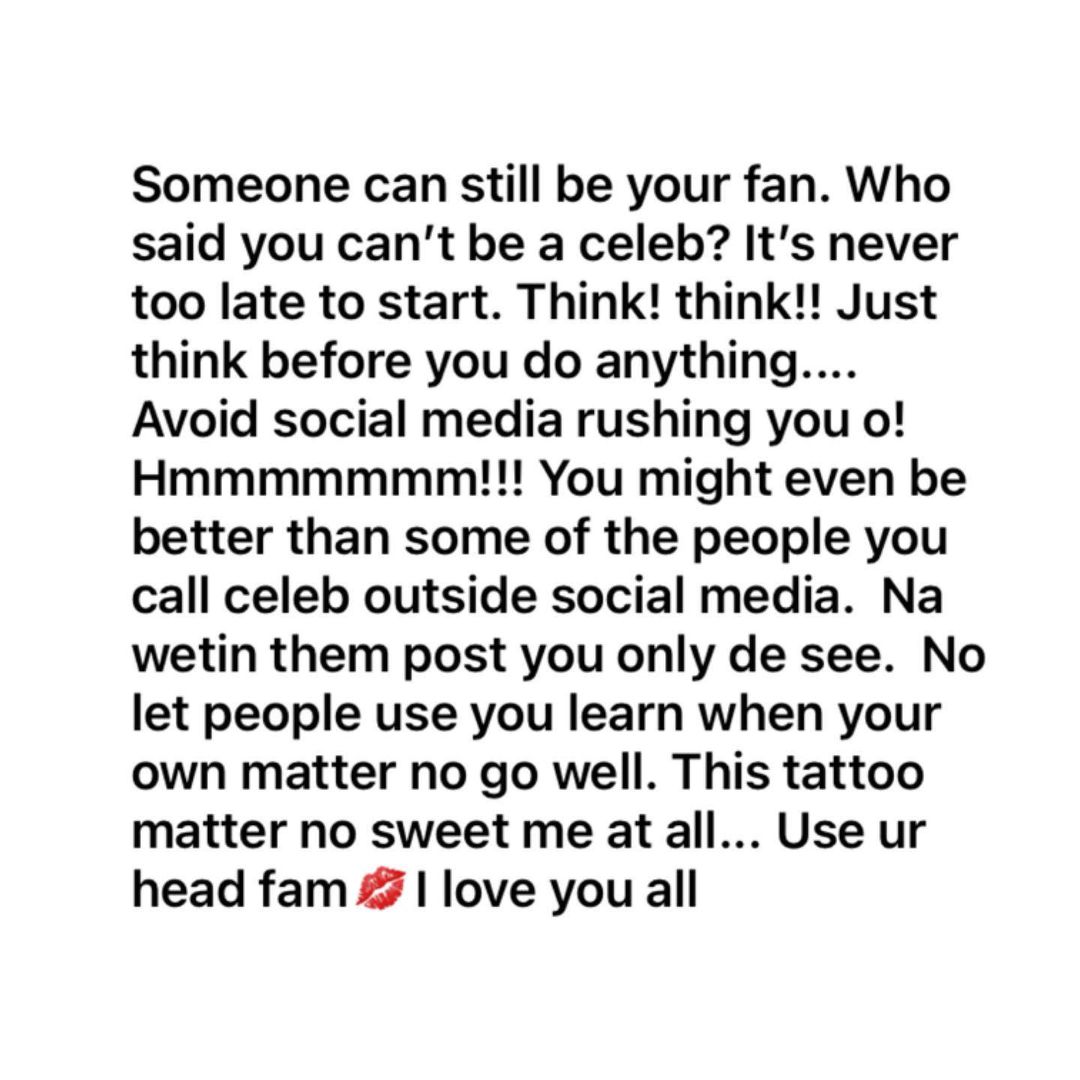