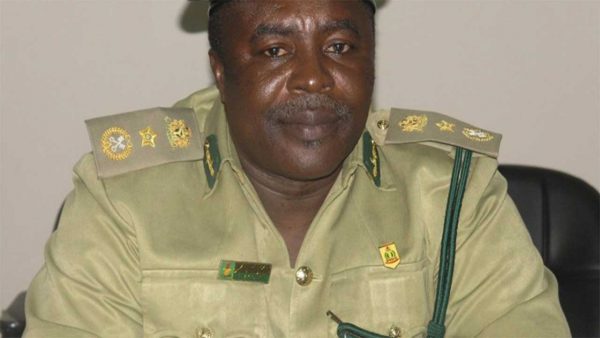 A former Comptroller General of Prisons Service, Dr. Peter Ezenwa Ekpendu, is currently being quizzed by operatives of the Economic and Financial Crimes Commission, EFCC, in a case of procurement fraud and diversion of public funds.

The former Prisons CG who arrived the headquarters of the Commission at about 10a m today April 28, sources said, responded invitation by the agency.

Although details of the case against Ekpendu were sketchy as of time of filing this report, sources close to the EFCC disclosed that four companies belonging to him were allegedly fingered in suspicious payments over contracts executed for the Correctional Service.

Spokesman of the Commission, Wilson Uwujaren, confirmed that the former CG was invited.