Ace stand-up comedian and actor, Okechukwu Anthony Onyegbule, better known as Okey Bakassi has said that religion is a personal thing for everyone.

Taking to his official Instagram page, the 51-year-old Imo State-born entertainer shares his thoughts on the concept of religion.

He posted a meme that reads:

“God told the man in white to drink wine but never to get married…. And then he turns around and tells the man in black to never drink wine, but to get four wives…”

In the comedian’s words:

“So… I marry and I drink wine, either way God is happy with me. #religion is personal.. Let nobody stress me with their doctrine.” 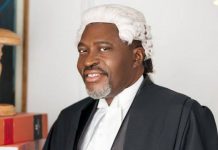