Nigerian dancehall singer, Cynthia Morgan, now known as Madrina, has said that collecting money from a man is sweet.

She noted that she used to have a policy of not collecting money from men but that has changed now as she becomes older and wiser.

“I once had a policy of not collecting money from men or guys in general… ask about me. But it was a code. Cause I know the less I owe you the more freedom I will have. But as you grow older you def want to settle down and allow a good man take care of you. So my sister collect the money. Man money too go sweet oo. Lol” 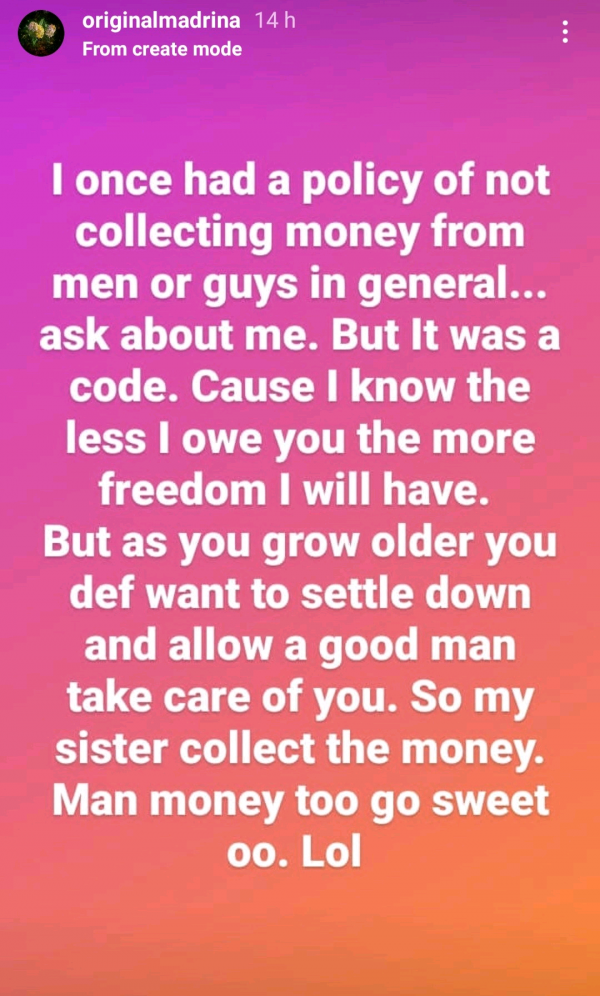