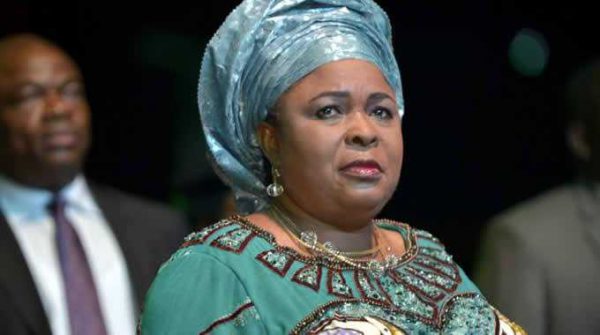 A Federal High Court sitting in Lagos has fixed October 7, to hear a motion seeking the final forfeiture of the sum of $5.78 million and ₦2.4 billion, linked to a former first lady, Patience Jonathan.

Justice Tijjani Ringim fixed the date on Monday after taking arguments from counsel to the parties in the matter.

In 2017, the Economic and Financial Crimes Commission (EFCC) filed the application for forfeiture before Justice Mojisola Olatoregun.

The defendants in the suit were Mrs Jonathan alongside La Wari Furniture and Bathes.

According to the EFCC, the funds belonging to the former first lady were being warehoused in two commercial banks respectively.

Justice Olatoregun had on April 26, 2017, ordered the temporary forfeiture of the monies, sequel to an ex-parte application by the EFCC.

The judge’s order was affirmed by both the Court of Appeal and the Supreme Court.

However, midway to the conclusion of hearing on the final forfeiture on the said sums, Justice Olatoregun retired from the bench in 2019.

The development compelled the chief judge of the court to re-assign the matter to Justice Chuka Obiozor for hearing.

But Justice Obiozor could not hear the case before his transfer to the court’s Benin division.