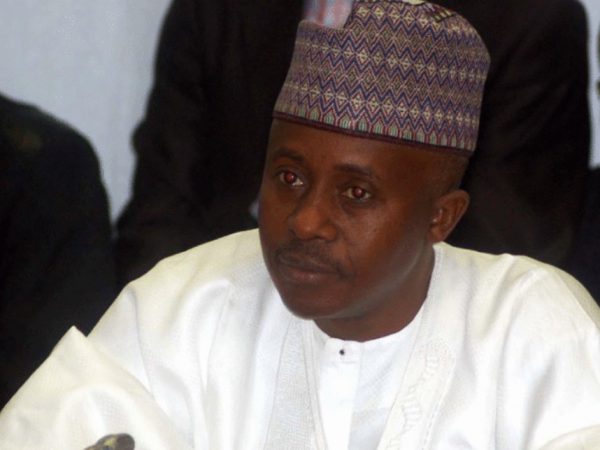 Justice Angela Otaluka of a High Court of the Federal Capital Territory (FCT) in Apo District of Abuja, yesterday sentenced a former member of the House of Representatives, Mr. Farouk Lawan to seven years imprisonment for demanding $3million bribe from an oil magnate, Mr. Femi Otedola.

Justice Otaluka handed down the jail term to Lawan after finding him guilty on all three-count criminal charge brought against him by the federal government.

The Independent Corrupt Practices and Other Related Offences Commission (ICPC) had slammed a three-count criminal charge against the former Chairman of House Committee that probed payments of oil subsidy.

Lawan was accused of demanding the sum of $3 million from Otedola so as to exonerate his firm, Zenon Petroleum and Gas Limited from alleged complicity in the subsidy scam perpetrated by some oil marketers under the administration of former President Goodluck Jonathan.

He was also accused of receiving the sum of $620,000 cash from Otedola being part-payment of the bribe.

Delivering judgment in the suit yesterday in Abuja, Justice Otaluka found the defendant guilty, and subsequently sentenced him to seven years imprisonment on counts one and two of the charge and five years on count three.

The sentences however, are to run concurrently.

Meanwhile, the Judge also ordered Lawan to refund the sum of $500,000 he collected from Otedola to the coffers of the federal government.

Lawan before his arraignment was a four-term member of the House of Representatives, who represented Bagwai/Shanono Federal Constituency of Kano State between 1999 and 2015.