Popular Ghanaian singer, Efya, has opined that no one deserves to be raped because of their sexuality.

She said this in reaction to the viral reports of a Nigerian lesbian who was allegedly gang-raped by a group of young men, which also includes her male best friend.

The “The One” singer shared her opinion on her official Twitter page.

She added that all rapists should be castrated.

“I keep saying we should castrate all rapist!!! All of them!! This is outrageous!!! My God! Something has to be done!! No one should become a target of rape no matter their sexuality,” she wrote. 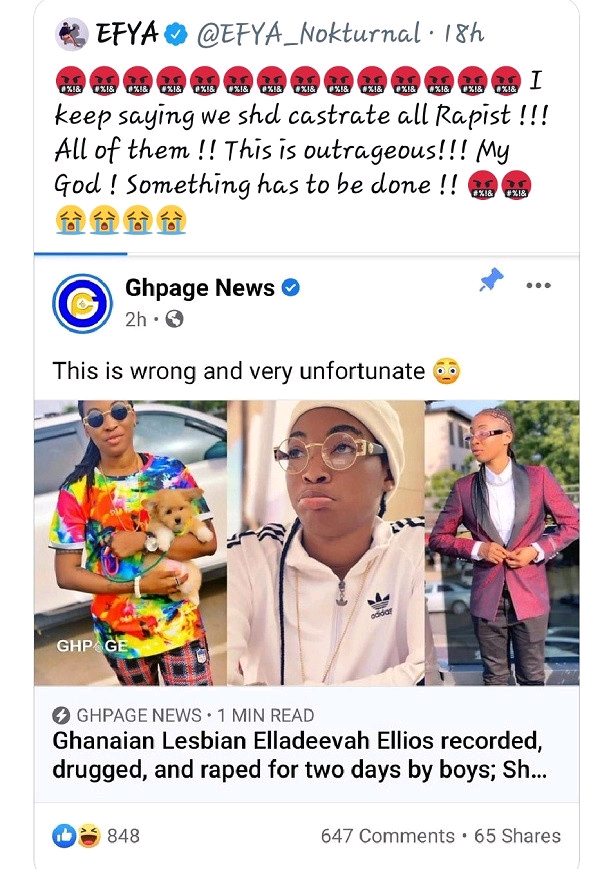 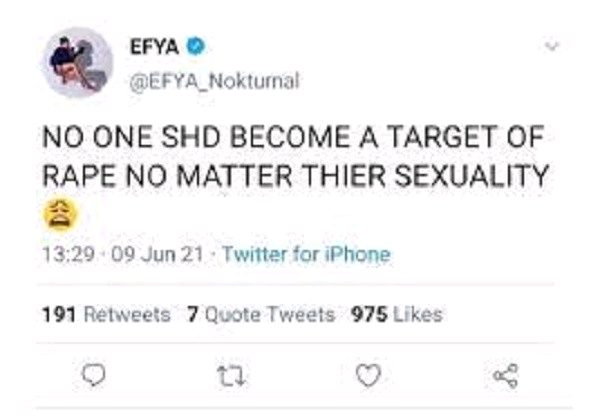