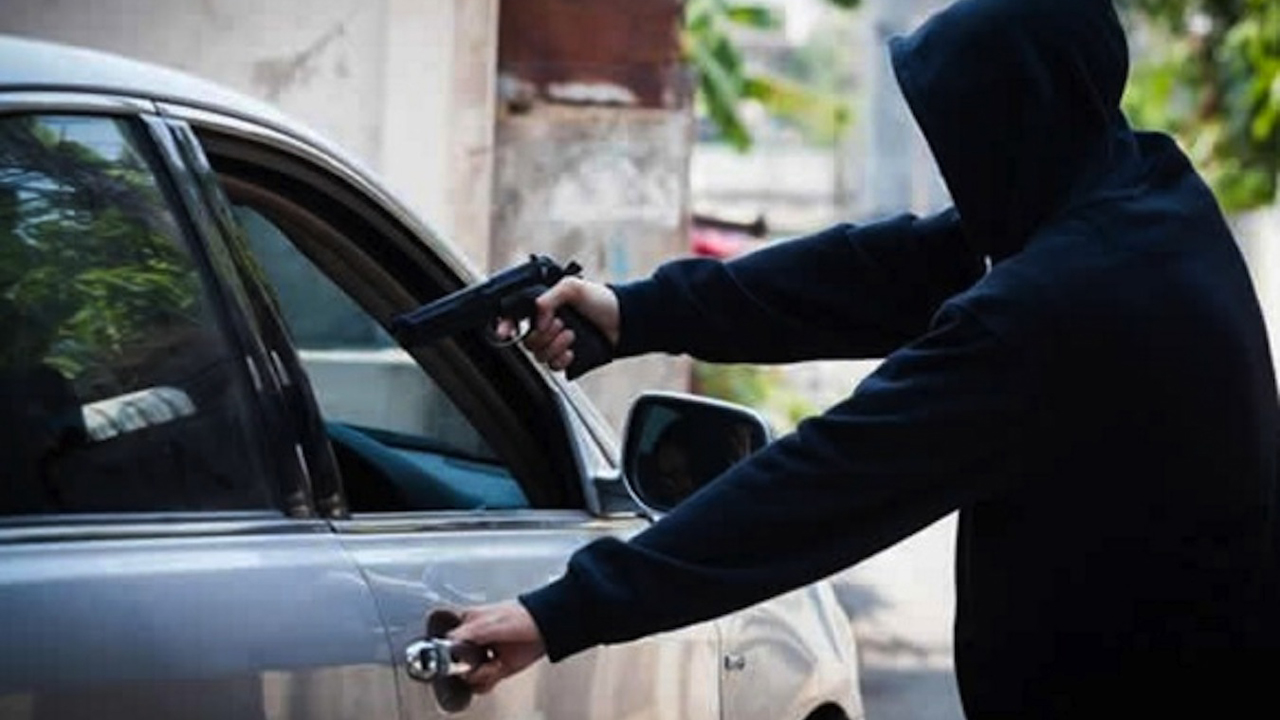 The spate of traffic robbery in Lagos state has become worrisome. Residents now live in fear and trepidation as they go about their daily activities. Different reports have it that the robbery cases have increased in the city that never seems to sleep due to more people losing their jobs. It has also been attributed to the increased gridlocks caused by extensive construction in the metropolis.

According to the Lagos State Police Command’s spokesperson, Olumuyiwa Adejobi, 1,000 officers had been deployed in the state to curb traffic robberies.

Governor Babajide Sanwo-Olu handed over the tools to the Inspector General of Police (IGP), Usman Alkali Baba, for the use of the Lagos Police Command during President Muhammadu Buhari’s recent visit to the state.

The security equipment and gadgets were obtained carefully through the Lagos State Security Trust Fund (LSSTF), an independent agency that partners the private sector and individuals to provide essential support for security agencies.

In addition to the supply of hardware to the police and other security agencies, Sanwo-Olu said that the Lagos Government had been building capacity in state-of-the-art security technologies. He also mentioned that this is in line with his administration’s security and governance pillar, which seeks to transform the state into a 21st Century economy.

The governor added that the state government had started the gradual rollout of security cameras across the metropolis, stating that the objective was to install the 2,000 surveillance cameras connected to the fibre optic network.

Speaking with Information Nigeria, a Lagos resident who simply identified as Akindele Bayo said: “The police have not been responsive to the robberies. We are helpless. The criminals are emboldened by the fact that the police look away during these operations. The last robbery attempt I witnessed was when I was in my friend’s car and he was driving along the Oshodi bridge. On noticing that there was something fishy with the boys around, he sped off not minding the many potholes. The police were a few meters away and it was as if they watched on helplessly. We really can’t rely on them.”

However, the Commissioner of Police, Lagos State, Hakeem Odumosu said on Thursday, June 17 at his Ikeja office that over 100 robbers have been apprehended in the state between January and March this year alone.

Odumosu also reassured residents in the state that traffic robbery will soon become a thing of the past.

CP Hakeem Odumosu stated that robbery in traffic has drastically reduced based on the available empirical figure of the isolated cases of robbery in traffic which is not unconnected to the command’s renewed anti-crime strategies being emplaced.

However, Kemi Omotosho, an Economist and Auditor, begs to differ as she narrated her experience as an eyewitness on Tuesday, June 22.

“Lagos is not safe at all. I have always heard stories of insecurities and robbery but I witnessed one on Tuesday, June 22 and I’m still in shock. So my colleagues and I left the office around 8, from Victoria Island headed to Yaba. Unfortunately, there was traffic just before the foot of the third mainland bridge.

“We were literally panicking and praying they don’t get to us. The funny thing is, one-minute drive from that scene, we saw a police van parked by the side of the road and yet nothing was being done to prevent the robbery.

Pleading with residents to be safety conscious, she said, “Dear Lagosians, the safest time to ply the road is when there is no traffic. Because from all indications, traffic now indicates robbery. It’s a sad thing.”

Researcher and journalist, Odin Aimhie said that the police may likely attribute the recent increase in traffic robbery rate to the #EndSARS protests.

A resident who pleaded anonymity told Information Nigeria that he was robbed in traffic recently and that he was surprised by the response he got from the police officers who were stationed two stops ahead of where the robbery took place.

“I was shocked to hear ‘Were you all not saying ‘End SARS’? It’s like this is part of the punishment we get for coming out to protest back in October. I lost my phone, laptop and other important items in my bag but no luck in nabbing the perpetrators because even the police are not showing any concern.”

Another resident who simply identified as Ezekiel said, “On a daily basis, the traffic robbery in Lagos keeps gathering more victims. Several of my colleagues have been attacked on their way from work.”

He added that the governor of the state should look into the menace.

“Governor Sanwo-Olu should take the response to this issue very seriously. Lagos must not bend her knees to criminality.”

Another resident identified as Gbenro took to social media on Wednesday, June 16 to share pictures of his friend’s hands badly injured in blood after she refused to surrender her belongings to the passengers who were actually thieves in a public bus she boarded.

“Yesterday, a friend boarded a public bus with a few passengers already in it (the small Korope) from Lekki down to the Mainland. On passing through Ikoyi towards Dolphin Estate, the passengers took out a knife and threatened to stab her if she refused to let go of all her belongings.

“She screamed for help while they passed through a police checkpoint along the Dolphin Estate road. The police did nothing. On releasing her bag, they stabbed her severally in the hand, took her phones, money and Debit card. But they didn’t take her pen and paper.

“She was able to write down the Number Plate of the small bus, AKD114YA. She went to the nearest police station, they said they’ve closed a few minutes past 6pm. She went to another and the police were questioning why she’ll be using two phones. She lost her phones. Luckily, she was able to block her bank account ASAP. She’s a Nurse looking for how to make ends meet for crying out loud. Lagos is not safe,” he wrote.

The latest case of traffic robbery has been reported by Eons Intelligence at 8:00 pm on Wednesday, June 23.

“Incident Alert: Ongoing Traffic Robbery at Ojota bridge all the way to Alapere, Lagos State. Motorists should avoid the area and use alternative routes.”