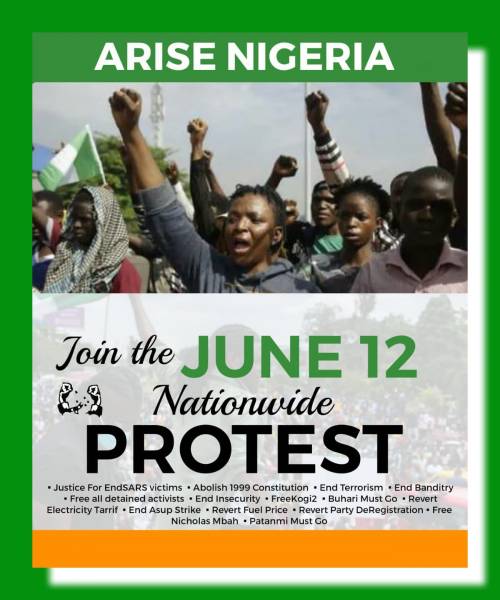 One of the protesters who demonstrated in solidarity with President Muhammadu Buhari said he and other members of the group were paid ₦1,500 to hold a counter-protest.

The pro-Buhari group’s rally is to show support for Buhari to commemorate the June 12 Democracy Day of Nigeria.

Earlier on Saturday, an internal tussle broke out amongst members of the #IStandWithBuhari protest group.

A pro-Buhari protester Abdul Yussuf said he and others were mobilised by one Mohammed Garba to stage a protest at Unity Fountain, Abuja. An anti-Buhari protest is also stagged at the same venue.

He said the protesters were promised between ₦1,000 and ₦1,500 to show support for Buhari and the government of Nigeria.

“I was just at my house this morning and they called me that we should come and do protest – they promised to pay us – some ₦2,000, some ₦1,500,” Yussuf said in a video posted on Twitter by Premium Times.

“I am sure that they are going to pay us because our leader is here too.”