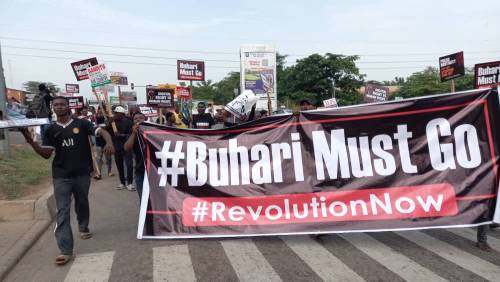 In a video seen online, the protester who walked past the venue of the group’s rally with his placard up in the air, was mobbed and asked to leave the venue.

An internal tussle had earlier broke out on Saturday morning amongst members of the group.

They were seen in a heated exchange over the sharing of monetary resources meant for organising the counter protests.

Civil society organisations and human rights activists had called for a nationwide protest on June 12 against the Muhammadu Buhari-led administration.