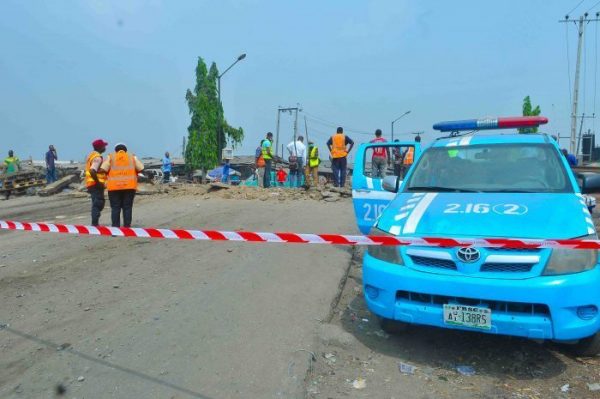 The accident, which involved an unregistered Volvo truck and a commercial Mazda bus, occurred around 4 pm.

It was gathered that the bus loaded with 25 passengers instead of 18 was outbound in Lagos when the incident happened.

The bus driver reportedly overtook a vehicle wrongly and rammed into the truck parked by the roadside, killing nine persons on the spot while four others died at the hospital.

“The commercial bus was coming from Lagos, when it overtook the vehicle at its front wrongly, before ramming into a stationed vehicle at the roadside killing nine persons in the vehicle on the spot.

“The remaining four died at Idera Hospital where they were rescued to by TRACE and Federal Road Safety Corps officials,” he said.

Akinbiyi added that the injured victims have been taken to Idera hospital while remains of the deceased have been deposited at the same hospital mortuary in Sagamu.