The All Progressives Congress (APC) has announced that the party’s congresses will now hold on July 31st, 2021.

The caretaker/extraordinary convention planning committee (CECPC) had earlier announced the indefinite postponement of the party’s congresses.

But in a letter dated July 11 to Mahmood Yakubu, chairman of the Independent National Electoral Commission (INEC), the CECPC informed the commission of its plans to commence the congresses.

The letter, which was jointly signed by Mai Mala Buni, the CECPC chairman, and John Akpanudoedehe, its secretary, said “local government and state congresses will follow sequentially upon the completion of ward congresses”. 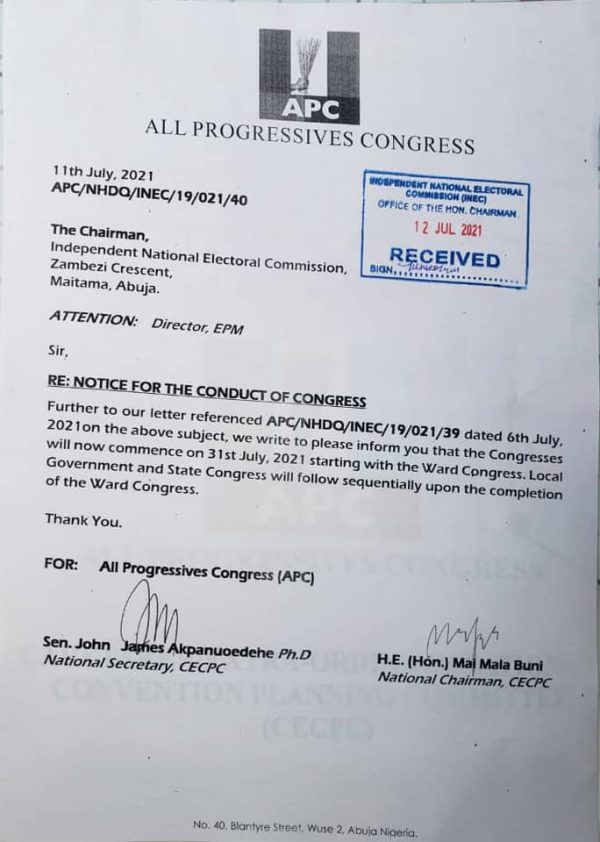