Nigerian actress, Etinosa Idemudia, has come under fire for saying that BBNaija Shine Ya Eye housemate, Nini reminds her of Erica Nlewedim.

The movie star had wrote as a comment on Erica’s page:

“I pray Nini BBN will meet you when she comes out of the house. She reminds me so much of you. Two sweet souls. Radiant smiles that glow to melt hearts and reveal the beauty within”

The comment could not be spared by Erica’s fans known as The Elites as they descended heavily on Etinosa in the thread.

The Elites claimed that Etinosa did not campaign for Erica while the latter was in the Big Brother Naija Lockdown house. Hence, she shouldn’t try to use Erica’s success to campaign for her new favorite housemate, Nini. 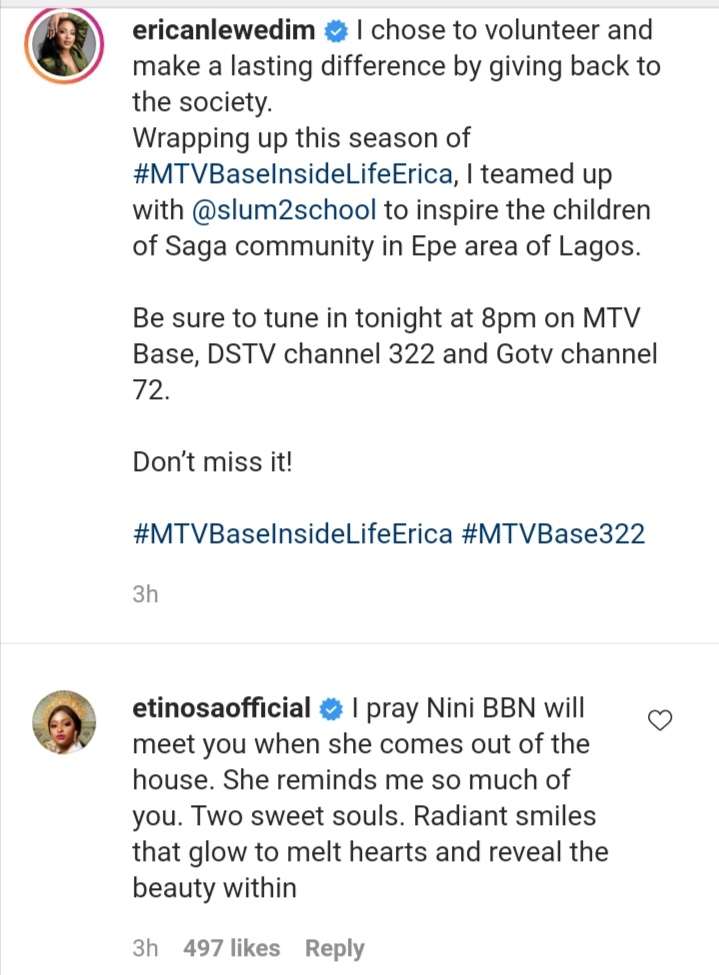 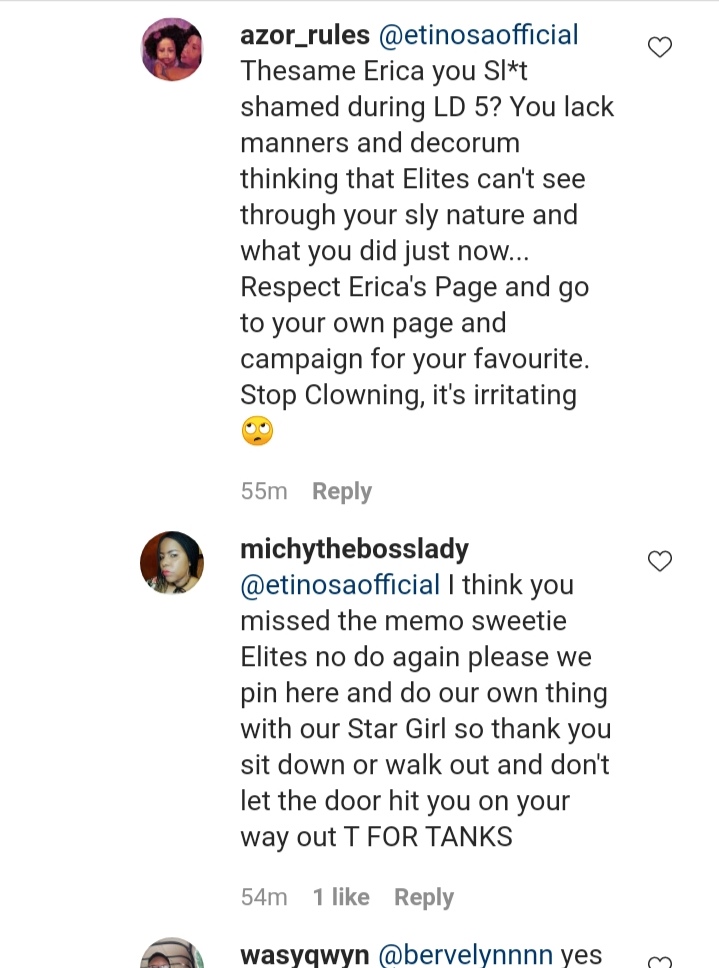 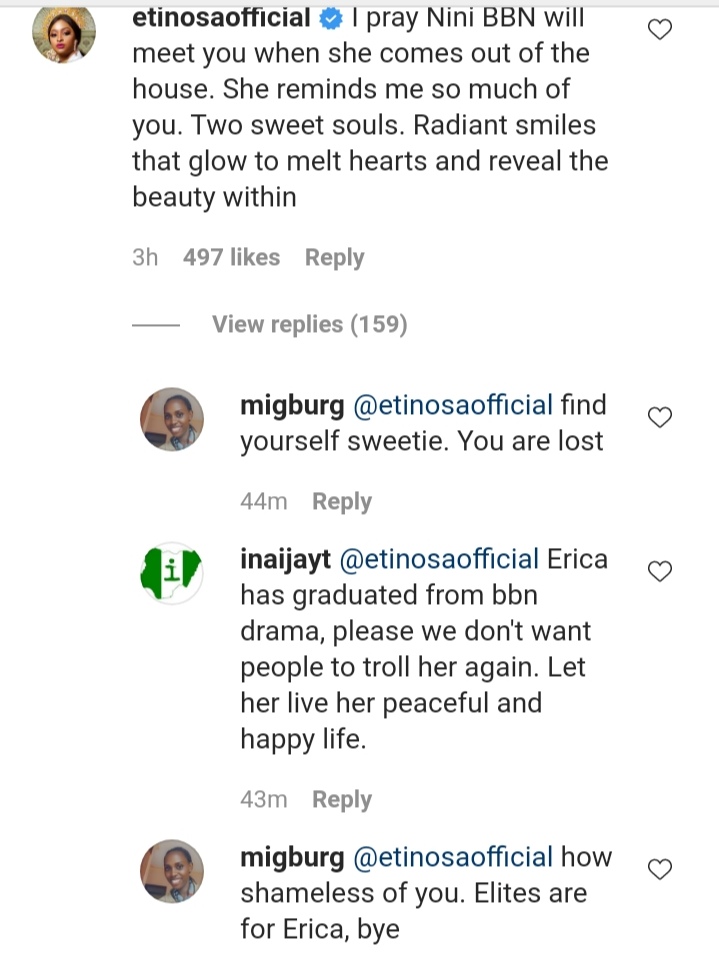