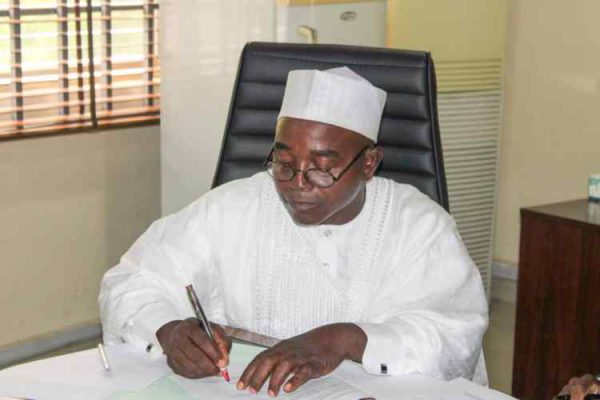 According to Wushishi his desire is to make NECO surpass international standard, which other international examination bodies would look up to. He said that is his mission in NECO.

“I am not here to be bias in anyway, rather I am here as a Nigerian, I will work with everybody to take NECO to the desired heights,” he added.

The new registrar however acknowledged that there were challenges that needed to be tackled, assuring that with the support of all staff, the challenges were surmountable. He further assured the staff that their rewards and privileges would be given to them as at when due, but stressed that the management under his leadership would not hesitate to punish any staff found wanting in the discharge of his or her duties.

He solicited for the support of the management and staff to enable him actualise his vision for the council and thanked President Muhammadu Buhari for deeming him fit to be appointed as NECO registrar. He pledged to also work closely with the Federal Ministry of Education and NECO Governing Board to attain his targeted objectives.

The former acting registrar, Mr Ebikibina John Ogborodi had earlier briefed the registrar on the progress report of the on-going 2021 Senior School Certificate Examination (SSCE) as well as other mandate of the council.

Tambuwal: Almajiri System Will Be Remodelled — Not Banned