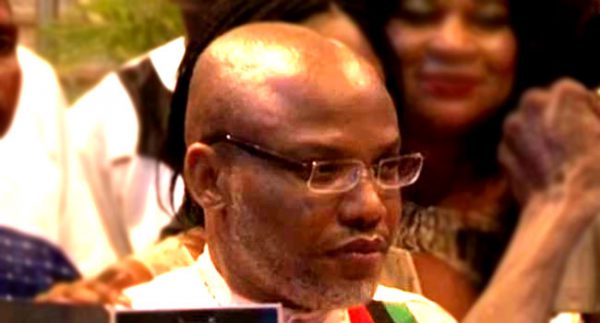 Ubah gave the advice during a stakeholders’ meeting in Lagos, where he visited the Alaba international market, as part of his sensitisation and engagements with Anambra natives.

According to a statement signed and released by the director, Senator Patrick Ifeanyi Ubah Campaign Organisation, Kamen Chuks Ogbonna, the team had a robust discussion and exchange of ideas on the various issues surrounding the South East development.

‘It is our firm belief that this burning issue should not in any way be politicised but rather be given the due attention that it requires,’ the statement read.

‘Injustice to one amounts to injustice to all and as the senator has said on several fora including a recent BBC interview, there is a need for the federal government to address the issues surrounding the arrest of Mr Kanu especially in the face of reports that he was carrying the passport of another country at the point of arrest during his visit to another foreign country.

‘We strongly believe that if the Federal Government finds a political solution to the Nnamdi Kanu issue, the present insecurity in Anambra State will come to an abrupt end as the politically sponsored bandits killing people under this guise will have no further excuse at their disposal.’