Nigerian actress, Ifemelu Dike, has applauded BBNaija Shine Ya Eye alumna, Tega Dominic and addressed her as the real queen.

The movie star took to her Instagram page to applaud the reality TV star for making a mistake on national television and being bold enough to own up to it and apologize.

The actress wrote, “Dear Tega Dominic, you are the real queen. They say you did something really bad at the BBN reality show (I don’t know it because I didn’t watch) but whatever it is that you did shows that you’re not a perfect being. In fact, by publicly apologizing, you have shown maturity and a great personality.”

Taking a swipe at singer Tiwa Savage, who has been addressed as a queen by a number of Nollywood stars and celebrities in light of her leaked sex tape, Ifemelu Dike wrote, “They will not post your picture and call you queen because you don’t have 10+ million followers. My dear, our society chooses who to forgive and what to tolerate.” 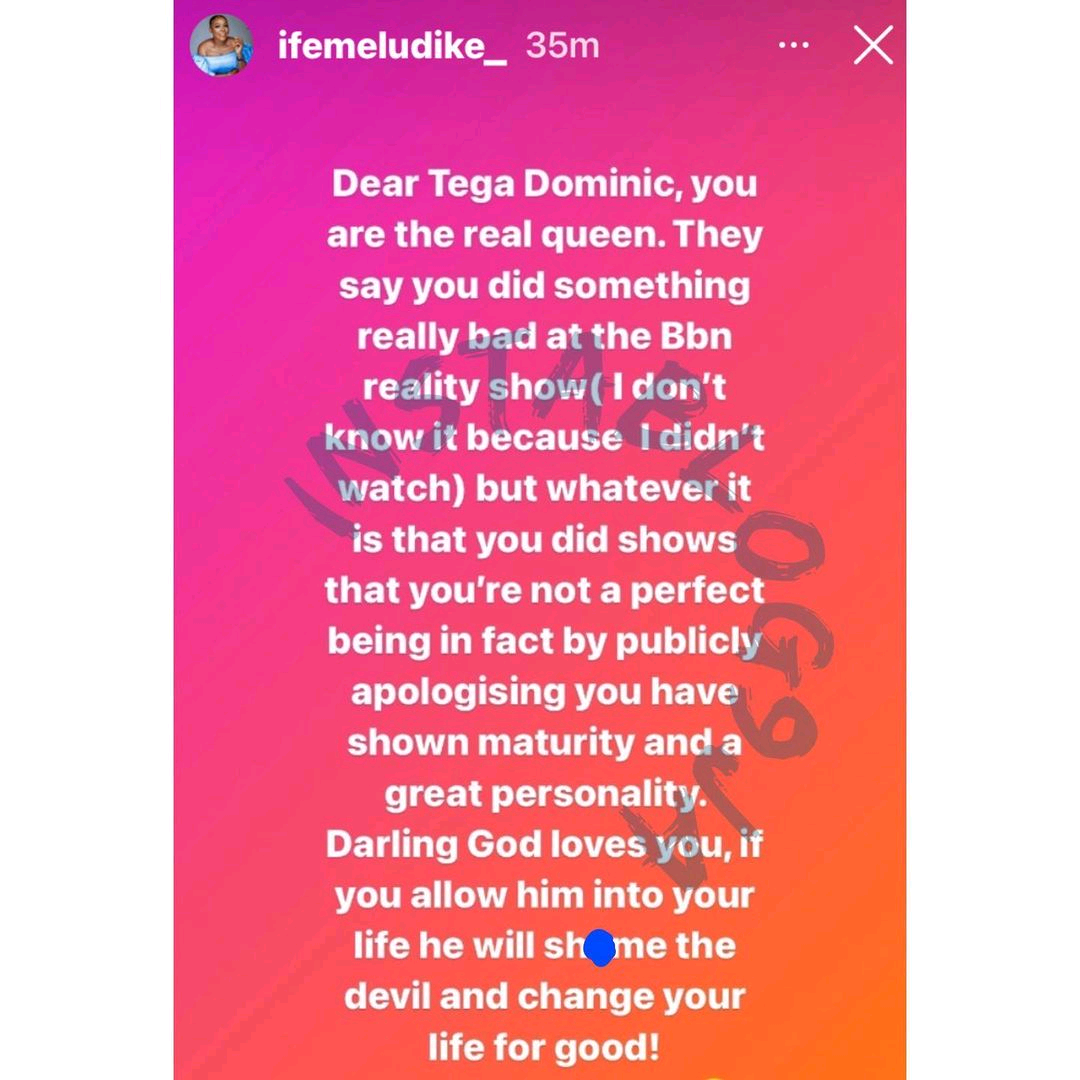 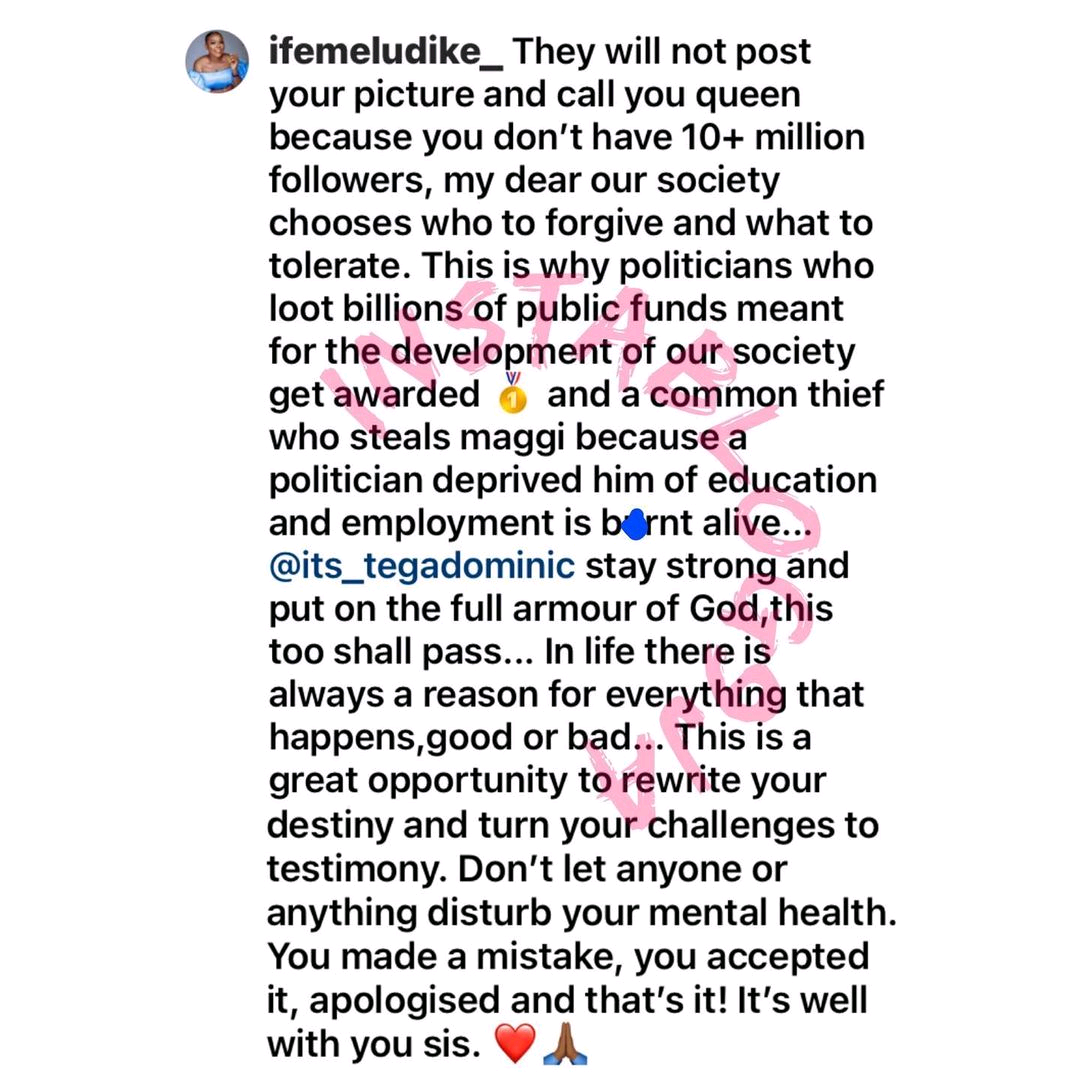