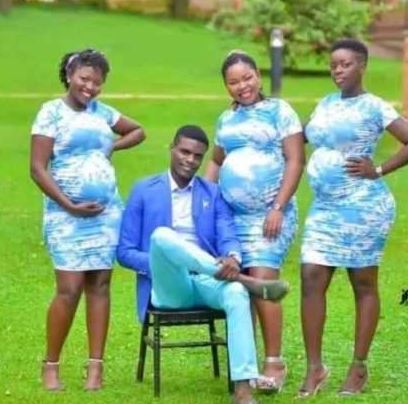 A man is reportedly set to wed his three heavily pregnant lovers in Delta state.

This is coming after a man who also hails from Delta took the bold step by marrying two pregnant women on the same day which got social media agog.

Sharing what seems to be a pre-wedding photo of the man and his prospective pregnant wife, the netizen wrote:

Read Also: I Never Knew Getting Pregnant Is The Hardest Thing Ever: Actress Shyngle 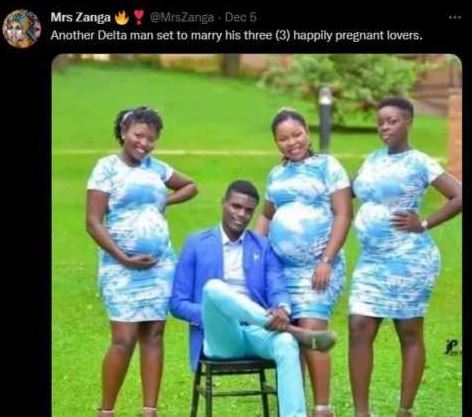