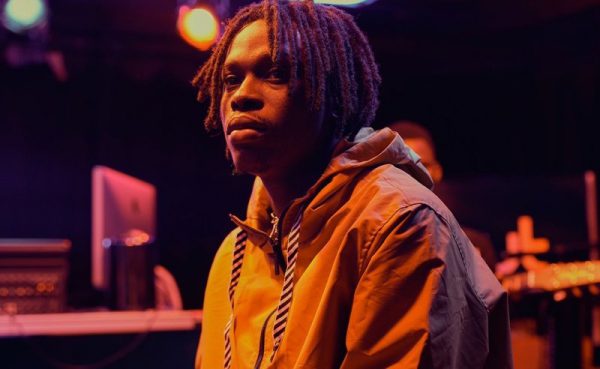 Fireboy’s third album, according to Baddo, has been with him since October 2021.

Olamide attacked the young musician on Twitter, claiming he’s tired of listening to the album alone and that anyone with Fireboy’s phone number should call him and warn him that the album is about to be leaked.

“I’ve had fireboy 3rd album with me since October 2021 and I’m tired of listening to it alone.. if you have his number, kindly call him n let him know I’m gonna leak it if he no pick next single n let’s drop album”, he wrote. 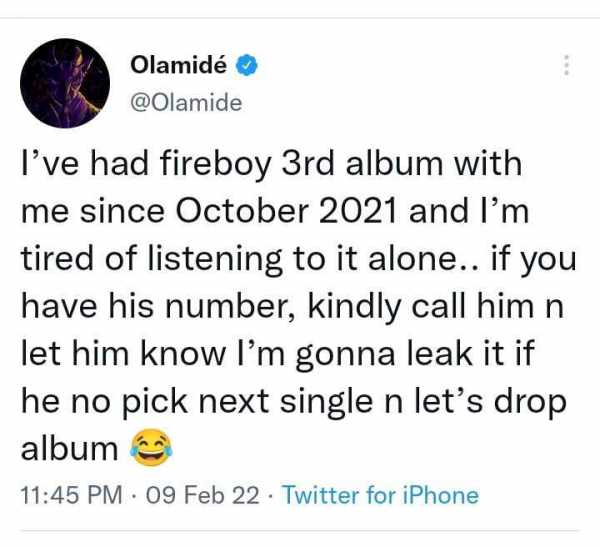 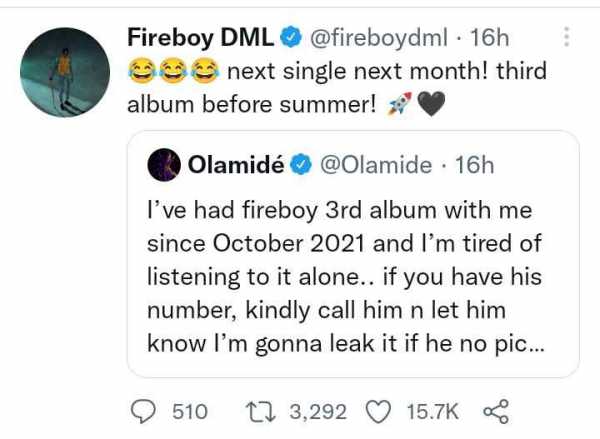