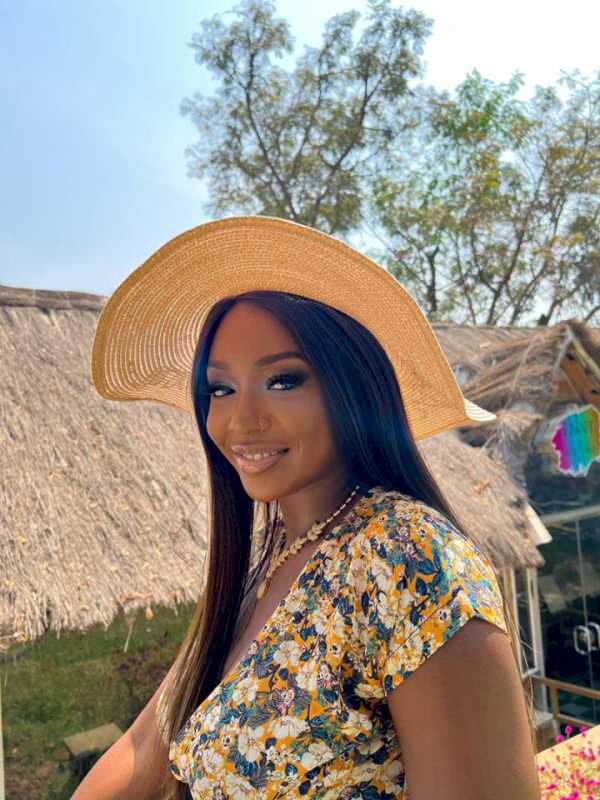 Tolani Shobajo, also known as Tolanibaj, a popular reality star, reacts to harsh comments from her fans in response to her new look.

The Big Brother Naija reality show’s ex-housemate took to social media to publish a selfie of herself, prompting comments from her followers that she was different.

READ MORE: I Don’t Have To Leave My House To Make Money – Tolani Baj

Tolanibaj, on the other hand, had to fight fire with fire as she battled trolls who sought to suffocate her self-assurance.

“Thank God for confidence. Cause Nigerian/BBN Twitter tried to push the narrative so hard that TBAJ was an ugly babe. Ori gbo gbo daru,” she wrote. 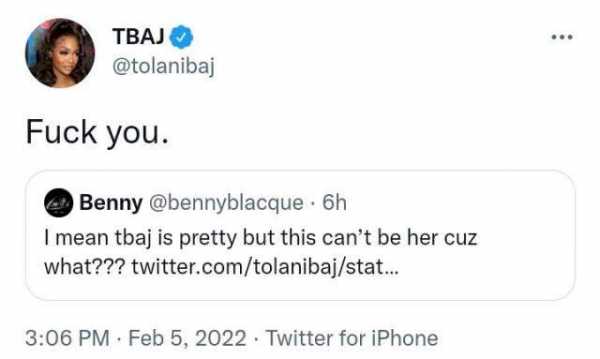 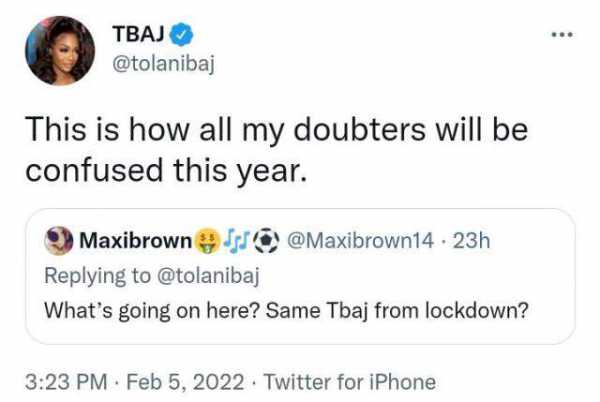 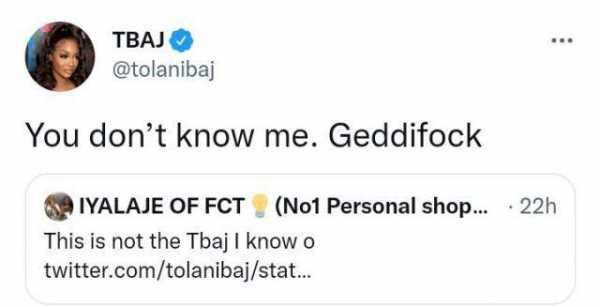 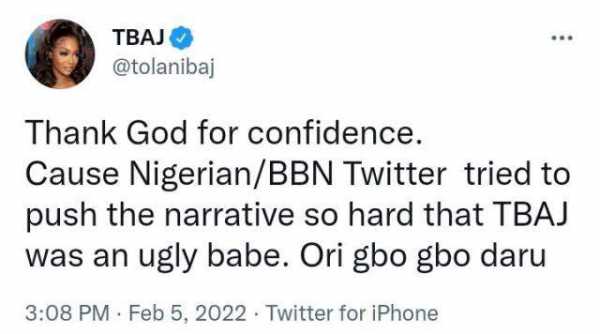